PNC terminates membership of  its 2020 flagbearer, Chairman over alleged embezzlement 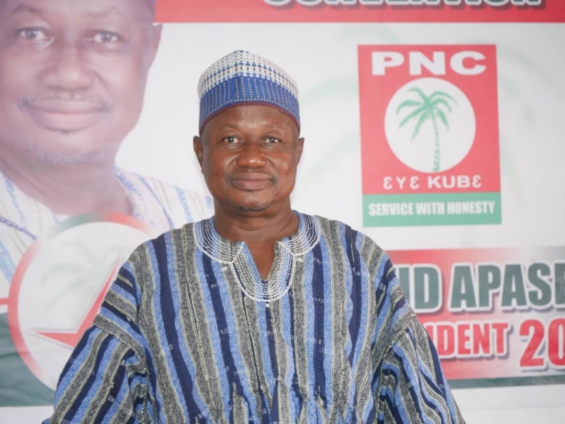 The Peoples’ National Convention (PNC) says it has dismissed its 2020 flagbearer, David Apasera, and the National Chairman, Moses Danibaah.

The decision was taken by the party’s National Executive Committee (NEC).

The PNC said the duo were dismissed over alleged misconduct and embezzlement of party funds.

The General Secretary of the PNC, Janet Nabila, made this known today, Thursday, May 12, when she addressed a press conference.

“NEC concluded that the duo violated Article 14 (A) of the PNC constitution, which states that any member of the party who is aggrieved by the party’s action and inaction shall within 21 days seek redress from the internal dispute resolution of the party and shall have a further right of appeal.

“NEC also took notice of a purported standing committee meeting, which was unduly conveyed and presided over by the two.”

“On May 7, 2022, the said meeting was attended by some party members, despite an official caution from the party leadership.

“Consequently, NEC duly adopted the following; following the violation of the party’s constitution, the memberships of the two have been terminated.”

The party had earlier dragged the two to court over the same allegations.

The National Executive Committee of the PNC prayed the court to compel the two to refund ¢150,000 and another ¢70,000 back into the party’s coffers.

However, David Apasera rejected the offences attributed to him.

He said the case lacks merit because they have already rendered accounts to NEC, and no party leader objected to the accounts they rendered.

DISCLAIMER: The Views, Comments, Opinions, Contributions and Statements made by Readers and Contributors on this platform do not necessarily represent the views or policy of Multimedia Group Limited.
Tags:
Chairman
PNC