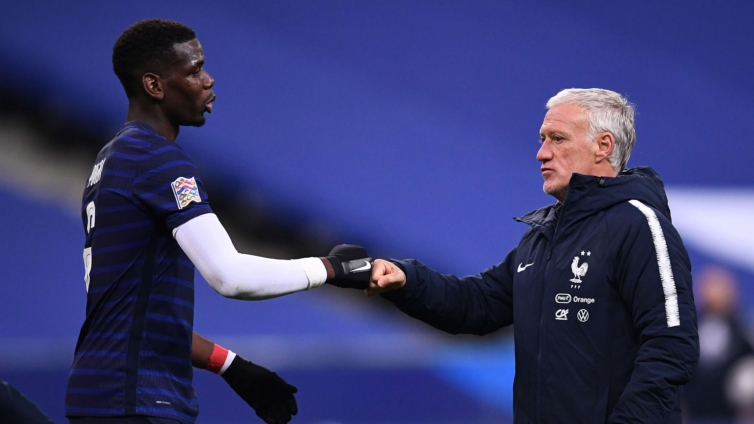 The midfielder has only started four of United’s seven Premier League games this season and has sometimes been deployed on the wing.

United triggered a one-year extension in his contract in October, but there has been speculation over his future, with Pogba saying recently said that he “dreams” of playing for Real Madrid.

“I know Paul well and he knows the squad well,” said Deschamps. “He is in a situation with his club where he cannot be happy, neither with his playing time, nor with his positioning,”

“He is not in his best period, he has had a series of injuries and the COVID-19 which has hit him quite hard. He needs to find his rhythm.

“With me, there is no such concern. When a player is in discomfort in his club, obviously, he is happy to play for the France team. He will tell me about his feelings and as I know him very well, it will go in a positive direction.

“It’s also his responsibility to put in a big effort.”

Deschamps was speaking ahead of France’s friendly against Finland on Wednesday, before Les Bleus face Portugal and Sweden in the Nations League on November 14 and 17.

Manchester United’s next game is at home against West Brom on November 21.