Pokuase Interchange first phase to be opened to traffic 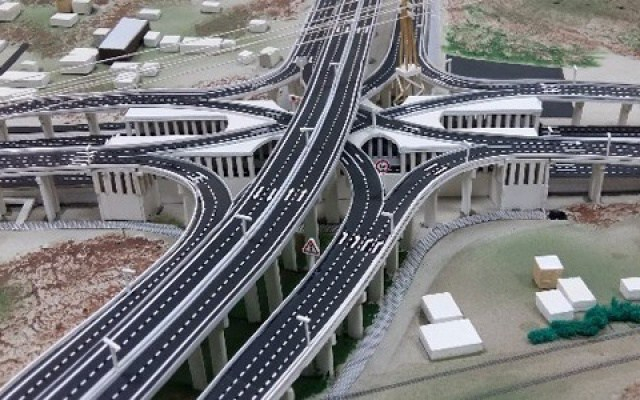 The first phase of the US$94 million Pokuase four-tier Interchange will be opened to traffic by the end of November, Kwasi Amoako-Atta, Minister of Roads and Highways, has announced.

The move is to ensure the free flow of vehicular traffic to adjoining communities, including Awoshie, Kwabenya, and Nsawam ahead of the Christmas festivities.

The second phase of the project will start in the first quarter of 2021.

The Minister of Roads and Highways made this known at the 10th Edition of the Nation Building Updates in Accra on Thursday on the theme: “Rebuilding Ghana’s Road Network.”

The road infrastructure projects that are ongoing include; routine and periodic maintenance works, construction of bridges, culverts, storm drains and asphaltic overplays.

The Minister said currently there were seven interchanges ongoing simultaneously across the country.

Mr. Amoako-Atta said a total of 441 kilometres of roads under the Sinohydro Master Plan Programme were ongoing across the country at the cost of US$500 million.

Giving the condition of road network upon assumption of office in 2017, the Minister said, out of the 78,400 total road network, 23 percent was paved and 77 percent unpaved.

The Minister said the Akufo-Addo-led government had stayed true to its promise of making this year a ” Year of Roads”, with unprecedented construction works nationwide.

“President Akufo-Addo does not play politics with infrastructure development because he is very passionate about the development and welfare of Ghanaians.

“The doubting  Thomases who are saying they have not seen anything should go to the ground and check whether the projects are not physical projects…these are not an artist impression,” the Minister added.

Mr Amoako-Atta challenged anyone that doubted the ongoing road infrastructure projects to come out with contrary information to prove him wrong.

He urged Ghanaians to vote for President Akufo-Addo and the NPP in December 7 election to provide more infrastructure development for Ghanaians.