Police arrest 2 persons in connection with death of officer in Nkawkaw hotel - MyJoyOnline.com 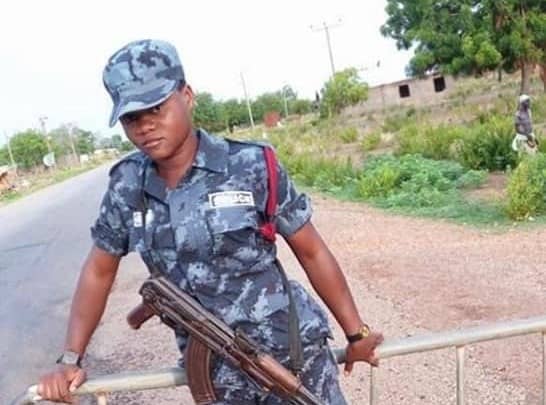 Police in the Eastern Region say they have arrested two persons in connection with the death of a young officer who was found motionless in a hotel room at Nkawkaw.

In a press release, the Eastern Regional Police Command said the two persons are; the hotel manager who found her dead and her alleged boyfriend, one Timothy Dampare.

The two are to aid the police in their investigations.

“The Police is assuring the public of thorough investigations into the death. We also entreat the public to volunteer vital information to assist Police to unravel the circumstances leading to the death of the Policewoman,” parts of the statement read.

The Police officer, Sarah Adjei was found dead in a hotel room at Nkawkaw on Saturday, August 7.

She was found lying prostrate on the floor, with blood oozing from the nostrils and a swollen right cheek.

According to the Police, the officer checked in at Misiho Hotel on August 7, unaccompanied. Later at 7:00 pm, the manager of the hotel went to check up on his guest only to find her lying motionless in the room and lodged a complaint with the Police.

After a search was conducted, a note addressed to one Timothy Dampare was found in her bag.

According to the note, the man failed to help her settle her debts after promising her.

Meanwhile, the body of the deceased Police officer has been deposited at the morgue for preservation awaiting autopsy.

The Police added that they are also taking steps to inform the family of the young officer about her demise.