Police begs for time as it unravels recent murder cases 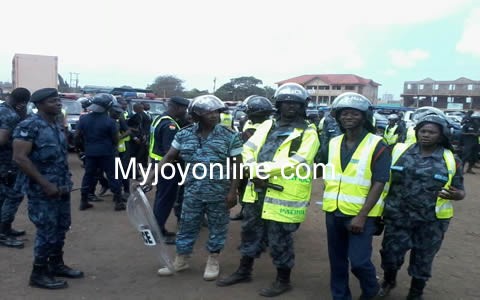 The police administration is pleading with the public to be patient with it as it works hard to resolve recent murders that took place in the country.

Former employees of both Stanbic and Zenith banks were last year murdered under bizarre circumstances, by persons suspected to be robbers. An officer of the Ghana Immigration Service was also murdered in cold blood recently.

Though their killers are yet to be identified, the situation has questioned the police’s own plans to provide security to the population.

But DSP Freeman Tettey of the Police Public Relations Directorate, told Joy News the police will do a thorough job to get to the bottom of the events.

“Patience is what matters,” he underscored, but acknowledged the pain relations of the dead go through.

Though the police envisaged to unravel the unfortunate murders as soon as possible, DSP Tettey pointed out that while some murder cases are never resolved, some take as long as 10 years to get to the bottom.

“Just trust in the police, and trust in yourself” that the perpetrators of these heinous crimes would be apprehended and made to face the full rigour of the law, he remarked.

DSP Freeman Tettey assured the public that the police would not renege on its responsibility to ensure their safety, but only needs their support for effective policing by exposing miscreants in the society.

In spite of the challenges facing the police administration, he promised, “surely we will not disappoint you”.

Also, he advised the public to be mindful of their movement, the friends you make as well as dealings one make.