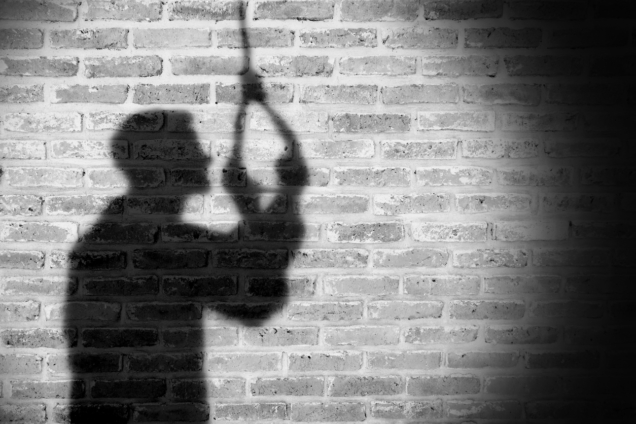 The Police in Techiman has commenced investigations into the alleged suicide of the late former Headmaster of the Queen of Peace RC Junior High School in the Techiman Municipality of the Bono East Region.

Paul Dwamena last reported to school on Monday morning only to be found dead, hanging on a mango tree behind his residence after school hours.

Speaking to JoyNews’ Anass Sabit, the District Crime Officer, Rev. ASP William Abayateye said upon a careful inspection on the body, it was noted that there was “no mass of violence to suggest any foul play.”

The incident has thrown the school in a state of shock as both teaching and learning has since been heavily affected due to the demise of the 45-year-old.

ASP Abayateye said at the moment “no arrest has been made but an investigation is ongoing.”

Many of the teachers have described the deceased as friendly with a genuine concern for the well-being of all his staff.

An earlier report said Mr Dwamena hanged himself in the school’s staff common room, but according to the District Crime Officer, the police found the body with a blue nylon rubber around his neck at the time of their visit to the scene.

“There was no note left behind to suggest the reason why he was found hanging on the rope,” ASP Abayateye observed.

He added, “He was wearing a black long sleeves shirt to march with black trousers and a black pair of shoes.”

Police also said their preliminary investigations showed that the wife of the deceased had waited for him in her school where she teaches so they could go home together.

“She waited for some time but when he was not coming, she drove back home and started preparing their evening meal.

“The wife sent their 11-year-old boy to throw some refuse on the refuse dump, then the boy came back and found the father dead on the Mango tree.”

According to ASP Abayateye, the police found the body hanging on the tree with the deceased’s tongue coming out of the mouth.

A resident of the community who was one of the few who got to the scene earlier doubts claims that the nylon may have led to Mr Dwamena’s death.

“Because when you look at him, he wasn’t hanging, he was kneeling,” he told JoyNews.

DISCLAIMER: The Views, Comments, Opinions, Contributions and Statements made by Readers and Contributors on this platform do not necessarily represent the views or policy of Multimedia Group Limited.
Tags:
Alleged Suicide
Paul Dwamena
Queen of Peace RC JHS
Techiman Police