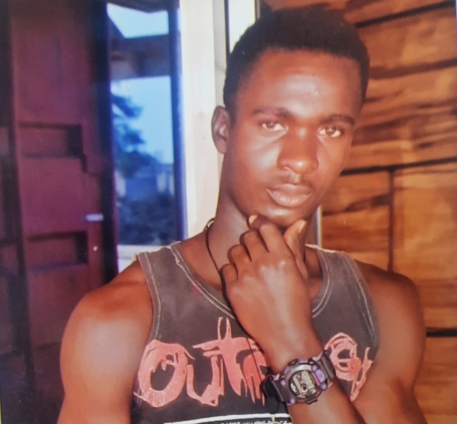 Albert Donkor until his demise was his family's breadwinner

The Ghana Police has disclosed how a suspect, Albert Donkor, died in their custody.

In a statement issued on Tuesday, the Police said it had gathered intelligence that the suspect, Albert Donkor and five other suspected gangs of armed robbers were involved in several robbery attacks at Nkoranza on April 19 and 20.

Albert Donkor was later arrested at his residence around 2 am on April 24, 2022, in an unregistered vehicle on an anti-armed robbery operation.

According to the Police, an intelligence operation was then carried out, during which the suspect was shot and died while being rushed to the Holy Family Hospital for medical attention.

“Based on this intelligence, an operation was conducted during which suspect Albert Donkor was shot. He was rushed to the Holy Family Hospital for medical attention, but he was pronounced dead on arrival,” the police statement noted.

The Inspector General of Police (IGP), Dr Akuffo-Dampare, has ordered the Police Professional Standards Bureau (PPSB) to investigate the killing of Albert Donkor in Nkoranza in the Bono East Region.

“The Police Professional Standards Bureau (PPSB) has commenced an investigation into the incident to ascertain whether the operation was carried out in line with the standard operating procedures of the Service,” portions of the statement read.

The Police also noted the Bono East Regional Police Command has engaged the family of the deceased and other relevant stakeholders in response to their concerns regarding the incident.

The Director-General of Public Affairs, DCOP Kwasi Ofori, in the statement said, the IGP “spoke with the family [of the deceased] on the telephone and has constituted a high-powered delegation led by COP Christian Tetteh Yohuno, the Director-General/Administration to visit Nkoranza tomorrow [Wednesday, for further engagement with all stakeholders.”

The REGSEC delegation also met with the Traditional Council and the youth in the area to discuss measures to put in place to ensure that the culprits involved in the alleged murder of Albert Donkor face justice.