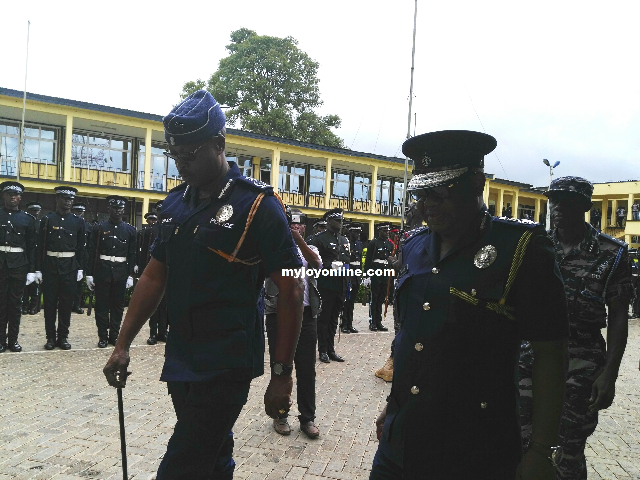 A leader of a robbery gang who opened fire on police and an accomplice who tried to escape in handcuffs have been gunned down in Kumasi.

The Hollywood movie style incident which occurred on Tuesday dawn saw police officers escaping death by the skin of a teeth after being fired on at close range by the leader of a gang.

Four people on August 4 robbed a residential facility at Asokore Mampong in Kumasi.

Upon intelligence, police arrested three people. The third person, Kwadwo Asare mentioned the name of Kofi Arhin as the leader of the gang.

Arhin, also known as '50 Cent' pulled a pistol on police after police used the accomplice, Kwadwo Asare as bait to lure him at to Ahmadiya Roundabout in Asafo at about 1 a.m on Tuesday.

But he fired at a group of police officers upon realizing they were not members of his gang, but had been posing as gang members.

But Arhin missed the officers narrowly, leading to a scuffle between him and the police team.

Kofi Arhin was subsequently shot in the process, killing him instantly.

His accomplice, Kwadwo Asare, also known as 'Lumba' who decided to take advantage of the scuffle between Arhin and police to escape in handcuffs was also shot in an effort to demobilize him, but died while being sent to the Komfo Anokye Teaching Hospital.