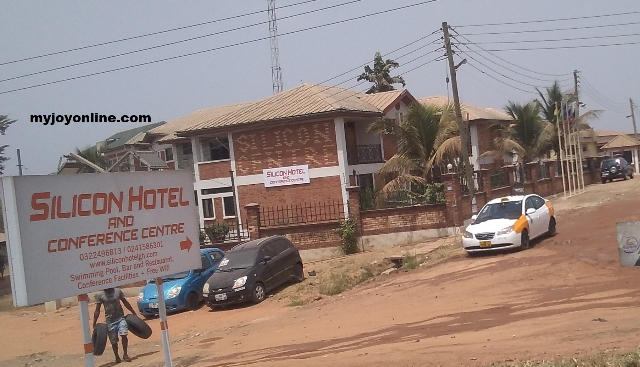 The police at Kwame Nkrumah University Science and Technology (KNUST) in Kumasi are set to quiz managers of Silicon Hotel over the death of a student who got drowned in the swimming pool of the facility.

Alfred Addo Debrah, 15, and a final year student of the Infant Jesus Lumen Christ School at Ayeduase had gone swimming with two others on Saturday when the incident occurred.

District Police Commander, Superintendent Obeng Asare, said the deceased in the company of two other colleagues went to the facility to swim in the hotel’s pool and in the process got drowned in the pool.

The deceased was immediately removed from the pool by the hotel staff and rushed to the KNUST Hospital where but he was pronounced dead.

He was pronounced dead on arrival at the KNUST Hospital just about five minutes drive from the hotel at Kentinkrono.

According to police sources, at about 15:30 pm on Saturday, one Reverend Stephen Asmah said to be the manager of Silicon Hotel accompanied by Kwame Owusu Basoah, Assemblyman for Kentinkrono electoral area reported the incident to the police.

Police upon receipt of information proceeded to the hospital and found the body of the deceased lying in the supine position on a stretcher.

“The body was carefully inspected and no mark of violence was found. But some water and phlegm were seen emitting from his mouth and nostrils.”

Although the police have invited the managers of the facility, they say they are yet to get any response from them.

The District Police Commander said they will try to establish the safety measures for patrons of the swimming pool.

“Efforts are underway to liaise with the family of the deceased to assist in the investigation,” he said.

The body has been deposited at the KNUST SMS Mortuary awaiting autopsy which is expected to be conducted on Tuesday.