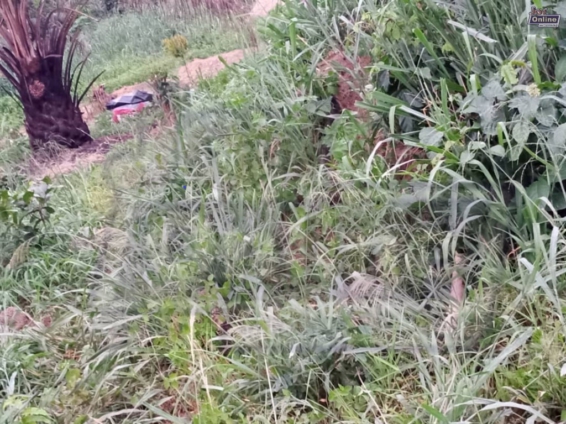 The Kuntenase District Court in the Ashanti Region has remanded a tailor’s apprentice who allegedly killed a friend at Sewua on Friday to avoid payment of a debt.

Emmanuel Boateng will be in police custody for two weeks.

The Bosomtwe District Police Command says there is enough evidence linking the suspect to the murder of Kwaku Adu Gyamfi, a second-year student of KNUST.

“Even though he has confessed, he has led us to retrieve the phone. We cannot keep suspects for more than 48 hours in police custody.

“So we took him to court today for the court to remand him so we can continue with our investigations”, District Police Commander DSP Eric Akwaboah said.

In an interview with Luv FM’s Nana Yaw Gyimah, the family members of the deceased revealed that the suspect was the deceased’s close friend. The family also said they fed the suspect.

“He was always in my house. His mother was recently sent to Berekum due to ill health. So we have been feeding him since. He is always in our house. He isn’t my son, but they lived like brothers”, Yaw Adu Gyamfi, father of the deceased said.

Mr Gyamfi also revealed that the suspect was together with his wife looking for his son.

“He was assisting my wife in search of my son. He was with us throughout the period.

“The police had asked us to seize him after they realised he could be involved in the murder”, Mr Gyamfi said.

It is still unclear to the deceased’s parents why the suspect would do such a thing to a family friend.

Meanwhile, the suspect is expected to reappear before the Kuntenase District Court on May 9.