Police secures restraining order against #FixTheCountry protest on May 9 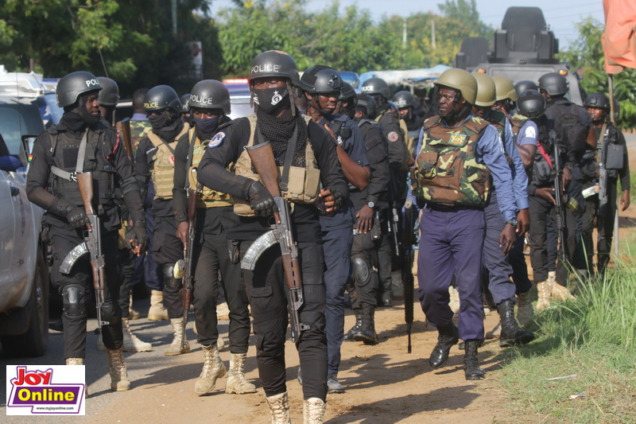 The Ghana Police Service has secured a restraining order from a High Court to bar some agitated youth from embarking on a planned protest this Sunday.

This was shortly after the National Security Coordinator, Mr. Albert Kan-Dapaah met convenors of the #FixTheCountry movement on Thursday to discuss concerns raised during the social media uproar.

The order, granted by Justice Ruby Aryeetey, prevents the group from proceeding with the protest march on the said day “or any other date until the restriction on public gathering is lifted.”

According to the Head of Public Affairs at the Accra Region Police Command, “the restraining order follows an affidavit filed by the police against convenors of TheFixCountry protest march pursuant to Section 1(6) of the Police Order Act, 1994 (491).”

“The Accra Regional Police Command is hereby drawing the attention of the general public, especially organisers or conveners of FixTheCountry protest march, their associates, officers, agents, assigns and workmen, to the restriction order and compliance,” the police statement further explained.

Meanwhile, members of the movement are unhappy with the development, describing it is as bad faith.

“We will seek to set aside this court order by appealing to this same judicial process that the police has used.” he said on Top Story.

Meanwhile, legal practioner, Samson Lardi Anyenini sees a problem with the manner in which the Public Order Act was applied.

“In this particular injunction, there is everything wrong with the length of the subsistence of the prohibition as granted by the court,” he told Evans Mensah.

#FixTheCountryNow has been topping twitter trends for the past few days.

Social media users, largely the youth, in their posts have been highlighting some inadequacies in the management of the economy.

Despite efforts by government, including; establishment of the Nation Builders’ Corp (NABCO), National Youth Entrepreneurship and Innovation Plan (NEIP) and other commitments towards investing in the growing human capital, some Twitter users say the impact is not felt on the ground.

Dominant in the sentiments shared on Twitter are; rising youth unemployment, inefficient health systems, skyrocketing cost of rent, poor road networks among others.

DISCLAIMER: The Views, Comments, Opinions, Contributions and Statements made by Readers and Contributors on this platform do not necessarily represent the views or policy of Multimedia Group Limited.
Tags:
#FIxTheCountry
Injunction
Police
Restraining order