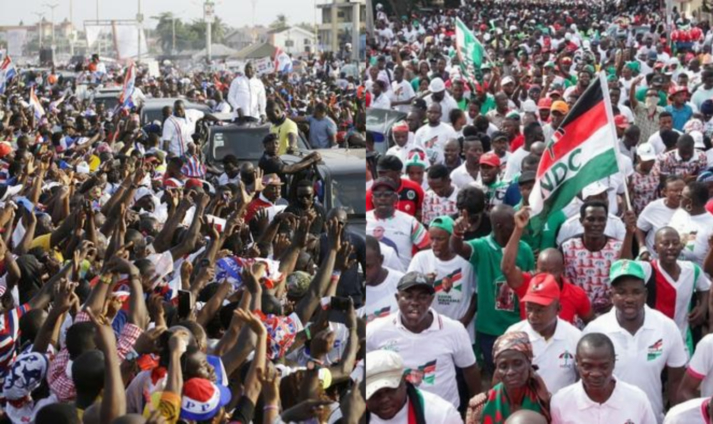 The Coalition for Domestic Election Observers (CODEO) has expressed worry over the disregard for the safety protocols against the Covid-19 as far as political campaigns are concerned.

The Coalition’s Pre-election Environment Observation found that the major political parties – NDC and NPP – leading the charge ahead of the upcoming polls have not done enough to prevent the spread of the pandemic.

The country is currently witnessing what many fear may be the second wave of the pandemic with the number of active cases rising back into the thousands.

A section of the public has attributed the sudden surge to political activities and rallies which have seen the gathering of thousands as the various political parties tour the country ahead of the elections.

Information Minister, Kojo Oppong Nkrumah has fought off these claims while urging that the onus lies of all Ghanaians to play their parts in being the rate of spread.

But a statement signed by its National Coordinator, Albert Arhin CODEO explained that “with respect to Covid-19 health and safety protocols, CODEO observer reports indicate that few people adhered to the social distancing protocols and wore face masks during campaign activities and other activities by stakeholders.”

It also, among others things, condemned the violence recorded in some constituencies such as Odododiodoo where supporters of the two main parties, NPP and NDC clashed.

CODEO called on the police to expedite action in cubing similar incidents as the country before, during and after the elections.

“The Coalition again calls on the Inspector-General of Police (IGP) to take swift action against all perpetrators of such violent conduct.”

The report also highlighted that what it described as a “low visibility of election support activities by CSOs, particularly those aimed at peace promotion.”

The November 10 statement forms part of CODEO’s second pre-election observation report, which captures key observations of the pre-election environment during the month of October 2020, ahead of the December 7, 2020 presidential and parliamentary elections.

The report is based on weekly reports filed by 65 Long-Term Observers (LTOs) deployed across 65 selected constituencies throughout the country.