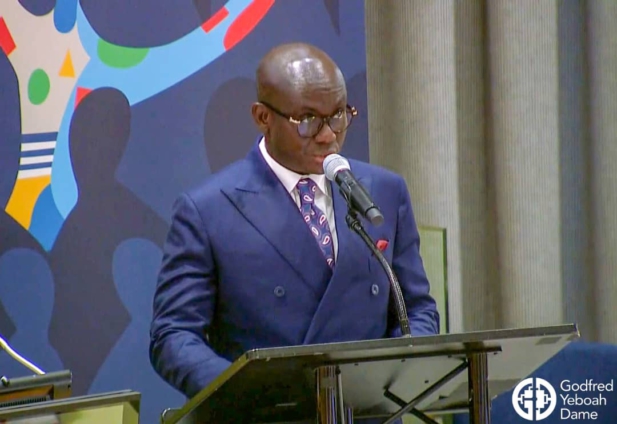 The Attorney General and Minister of Justice, Godfred Yeboah Dame, has said it is vital for governments to implement radical measures that will help to advance and protect fundamental human rights of minority groups.

He noted that despite the progress made in advancing rights of minorities, there are still challenges that must be addressed.

He was speaking at a high-level meeting of the 77th Session of the UN General Assembly to mark the commemoration of the 30th anniversary of the adoption of the Declaration on the Rights of Persons belonging to National or Ethnic, Religious and Linguistic Minorities.

Mr Dame stated that the Ghana government is committed to its obligations to ensure that minority groups are not marginalised in the country.

According to him, the government would firmly ensure that Article 17 of the Constitution is implemented to the core.

“It is important to underscore the point that Ghana’s 1992 Constitution guarantees fundamental human rights to all its citizens. Article 17 guarantees equality before the law and prohibits discrimination on grounds of gender, race, colour, ethnic origin, religion, creed or social or economic status.

“The Government of Ghana remains committed to advancing these fundamental rights and to fulfilling her obligations under international human rights law in a manner that ensures that minority rights are not marginalised.”

“Despite the progress made in advancing the rights of minority groups following the adoption of the Declaration three decades ago, challenges persist. We solidarise with the people belonging to minority groups and remain concerned about the disproportionate suffering they are subjected to in conflict situations including their vulnerability to forced displacements, obstacles to education and other attendant effects resulting from the Covid-19 pandemic.

“It is our conviction that unbridled political will be member states at the national, regional and multilateral level is critical to sustainably advancing the rights of minority groups,” he added.

Excerpts of his speech:

“We believe that although the Declaration was adopted three decades ago, it remains relevant in addressing contemporary challenges facing minority groups. It is, therefore, important for the Member States to make their commitment to its implementation”.

“As we move towards a post-Covid-19 future, it is important for Member States to deliberately put in place measures that would enhance emergency aids, boost data collection for monitoring and tracking of disparities among minority groups, intensify outreaches including minority languages and sign languages on how to prevent and address Covid-19 and other challenges, and availability of services. This would help ensure that minority groups are not disadvantaged”.

“The growing exclusion, marginalisation and discrimination against minorities require a more holistic and comprehensive approach in addressing the situation. We welcome the integration of employment, sustainable development and social protection into domestic policies and the advancement of equal rights and opportunities for all, ensuring that the interest of minority groups is served. Furthermore, deliberate policies that create a conducive environment for minority groups to meaningfully participate in political activities and decision-making are encouraged”.

“Equally important is the urgent need to empower minority women and girls to help ameliorate the various forms of abuse they are subjected to. We believe this can be addressed by urgently considering measures embedded in economic support and stimulus packages that reflect the needs of women who face multiple forms of discrimination. In addition, the introduction of interventions such as helplines, psychosocial support and online counselling is recommended”.

DISCLAIMER: The Views, Comments, Opinions, Contributions and Statements made by Readers and Contributors on this platform do not necessarily represent the views or policy of Multimedia Group Limited.
Tags:
77th Session of the UN General Assembly
Godfred Yeboah Dame
Human rights
Minority groups