Portugal 3-2 Ghana: What you probably missed in a thrilling encounter 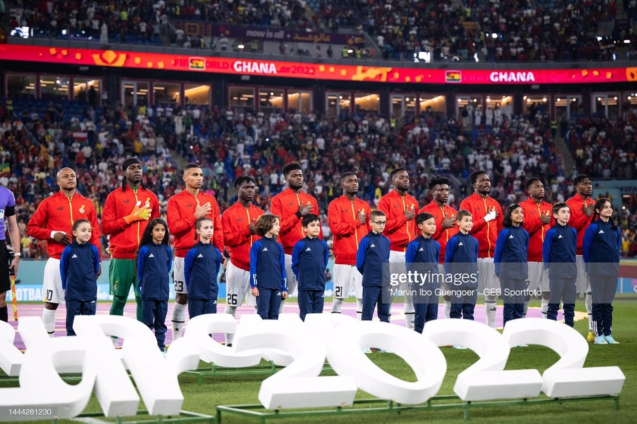 When the substitute board went up, displaying player number 10 out, and number 9 in, the disappointment on the face of Ghana’s number 10 was palpable.

He opened his arm in a gesture filled with questions. “Why? Why are you taking me off?”

Black Stars coach, Otto Addo, walked close to him to offer an explanation, but it never appeared to have sounded satisfactory enough as his posture defined his mood. He hugged him on the head before letting go of him.

George Boateng, one of Otto’s assistants, would later hug him as though he was hugging his wife he missed for years. It was all to calm Ghana’s number 10, Andre Ayew.

Just three minutes earlier, he was seen wheeling away to the far-left end of Portugal’s Diogo Costa post in jubilation, a sea of supporters of this national team rose on their feet in unison, jumping and screaming at the top of their voices.

Director of Sports at the University of Ghana, Dr Bella Bello Bitigu, jumped up and down and said, “something is going to happen.”

A woman, probably in her 50s, prostrated and could be heard saying ‘Allahu Akbar’ to wit “Allah is greatest”. She was acknowledging Allah’s role in that equaliser that sent 1000s in the stadium and millions at home into a delirium. If there was a roof, it would have been completely uprooted.

When the cheers were about settling, the Black Stars skipper’s moment was about ending. His joy evaporated and disappointment followed.

Many were flummoxed, except Otto and his technical team. They reckoned that the equaliser after Cristiano Ronaldo had opened the scoring for Portugal from the penalty spot, a penalty he described as a “gift because he’s Ronaldo,” gave the team momentum that should have been maintained, but the Borussia Dortmund technical brain pulled out the two men who combined to bring Ghana level – Mohammed Kudus and Andre Ayew, replacing them with Osman Bukari and Jordan Ayew.

Before they could find a seat on the bench and take a breath to relax their feet, the Stars assembled here to illuminate Doha and Africa were trailing. It was a stunner that left even neutrals in tears. A woman, maybe a Qatari, seated with her two young daughters of about three years all waving the red, gold and green colours with the Black Star at the heart of it got stuck in her seat.

She lost her bearing just like Ghanaians. The Portuguese took over after their moment of silence.

A direct ball was hit towards the left end of Ghana’s defence, Baba Rahman who appeared to have the ball under control could not turn to save his life as he missed it and it headed towards Atletico Madrid’s Joao Felix and he made no mistake, hitting the ball beyond the reach of Ghana’s goalkeeper, Lawrence Ati Zigi.

A quick break would later follow through Manchester United’s Bruno Fernandes, who found Leao to hit home the final nail in Ghana’s coffin. It appeared to be offside, even some Portuguese said it was offside, but as the saying goes, football fans are only as good as what they see, not what they think they understand.

The goal stood despite a protest from the Stars. Every ‘coach’ in the stands, I hazard even in Accra, Kumasi, Tamale, Takoradi, Duu, and many parts of the country questioned Otto’s ideas. He let the team, Ghana, and Africa down with that moment of indiscretion.

Hopes gone, the rest of the time was dependent on ‘Insha Allah and vibes’, as some Ghanaians would say.

Osman Bukari would later raise hopes, sending parts of the stadium agog, but many journalists would scream at him to go for the ball and stop imitating Ronaldo with his celebration.

He did not. Within the same period, the stadium DJ served fans Sarkodie’s Ofeets) track.

Maybe he wanted them to do more than they did and that track, in a language they understand, was to push them to do more. There were nine minutes for them to do more and within that window, Inaki Williams almost drew the four-time World Cup participants’ parity when he outsmarted Diogo Costa, but he found himself on the floor and he recovered to clear out of the danger. The boys huffed and puffed, but it was not enough as the Black Stars lost on their return to the global stage.

When the final whistle was breathing through the speakers, Otto was heaving. He spent about five minutes in the centre of the pitch exchanging words with the referees.

He felt cheated, Ghanaians felt cheated, and even non-Ghanaians said Ghana was cheated. If we could not hear him express his disgust at the heart of the pitch, we heard that when he appeared before the global cameras in a post-match press.

“The referee gave a penalty, which was not a penalty. Everyone saw that. Why? Because it’s Ronaldo or something? If somebody scores a goal, congratulations. But this was really a gift.

“A special gift from the referee,” he fumed.

His anger was such that he lost track of appreciating the hard work of his players in this thrilling but emotionally sapping encounter. His technical advisor, Chris Hughton, hugged almost all the players for a gallant fight.

Henry Asante Twum, Communications Director of the Ghana Football Association, joined Chris in congratulating players before leading them to the supporters to say ‘thank you’.

But one man could not look the fans in the eye. It was Andre. He waved at the fans while looking away before putting his palms on his face, moving it up and down in a display of pain, anguish, and disappointment.

It was double pain for him – struggling to fathom how he was pulled out and a defeat in a game he felt the team deserved better.

Next up is a contest against South Korea. Fans who were drenched in Ghana colours are hopeful. The players should be, too.

DISCLAIMER: The Views, Comments, Opinions, Contributions and Statements made by Readers and Contributors on this platform do not necessarily represent the views or policy of Multimedia Group Limited.
Tags:
2022 FIFA World Cup
Black Stars