Power of Worship joins legendary acts: Tagoe Sisters and Daughters of Glorious Jesus in one performance 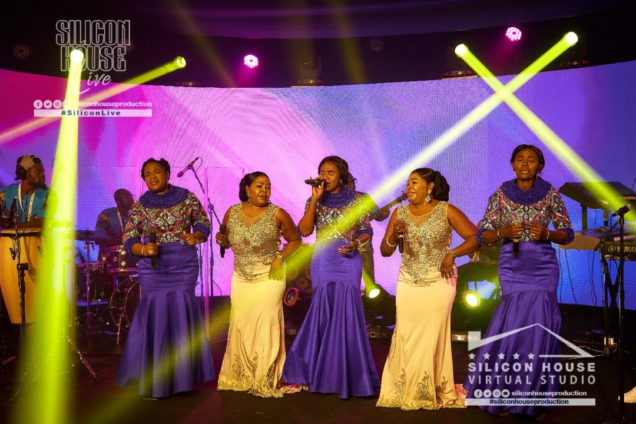 History was made Sunday night, when the most celebrated gospel artistes of our time, Tagoe Sisters and Daughters of Glorious Jesus, through the power of worship joined to perform each other’s songs in a thrilling manner.

Dubbed ‘The Power of Worship’ virtual concert, the two legendary music groups took turns each to sensationalize their audience, bringing back treasured memories from the 90s.

Daughters of Glorious Jesus, who opened the night performed for one hour with such verve and excitement that definitely must have moved the Heavens to come down.

Then Tagoe Sisters took their turn and for an hour kept their energy on, performing songs from the old to their current, giving a true translation to the theme of the concert; The Power of Worship.

The icing of the night was when two groups joined at the end of the concert to perform each other’s songs.

The Power of Worship virtual concert was organized by Silicon House from their virtual studio on the 26th of July, 2020. The MC for the night was Fiifi Folson. It is a weekly concert to be telecast live on your reference channel, Joy Prime and also streamed live on the Silicon house social media platforms and YouTube.