Pregnant mother and her 2 children burnt to death at Ohwim 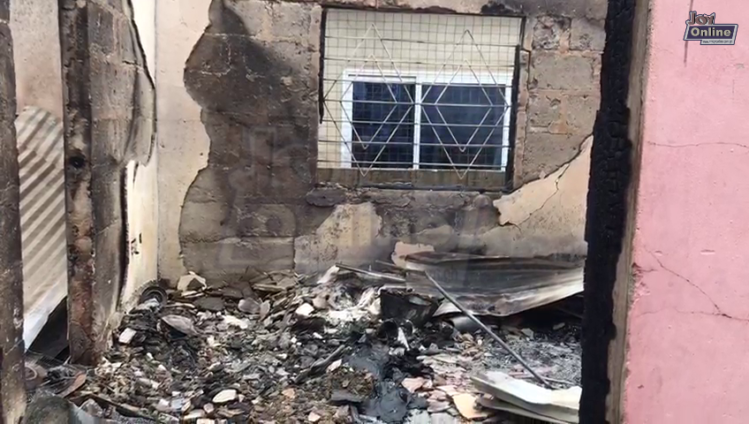 A pregnant mother and her children have died after fire gutted their home at Ohwim in Kumasi, Monday night.

The family died when they got trapped in their rooms.

The charred remains of Philomena Osei and her two boys have since been deposited at the morgue of the Komfo Anokye Teaching Hospital.

Residents say the recent fire outbreak in the 3-bedroom house makes it the third in a short period, hence some suspect arson.

The fire is said to have started about 11:30 pm with the mother and two children trapped inside one of the rooms.

According to residents, they phoned the National Fire Service who upon arrival could not douse the fire due to the severity of the fire.

They called for support and finally doused the fire.

Her eldest daughter who was in another room managed to escape the fire.

According to her, she attempted rescuing her mother and brothers but the metallic door to their room was too hot to break in.

Properties at the house are burnt completely with the charred remains burnt beyond recognition.

A team of Police, Fire and NADMO officials who visited the scene are yet to establish the cause of the fire as preliminary investigations get underway.

Ashanti Regional Fire Commander, ACFO Henry Giwah, is advising people to make alternative exit points in their homes so they can escape from fire incidents.