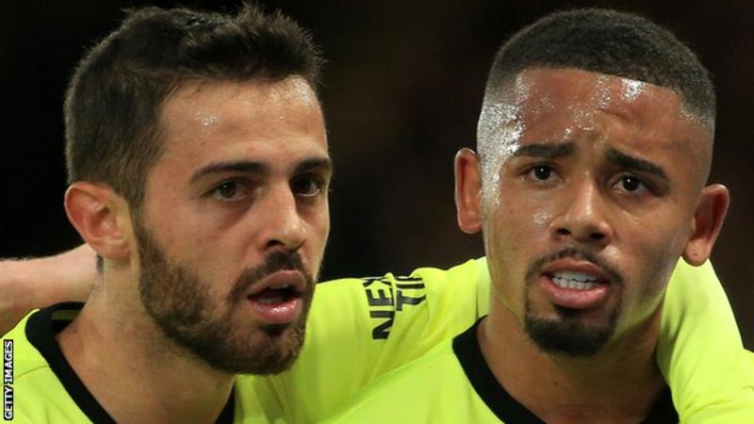 Premier League clubs can prevent their Portuguese or South American players travelling to represent their national teams in the March international break.

Clubs are normally required to release players for international duty.

However, governing body Fifa has extended an exemption rule introduced in response to the Covid-19 pandemic.

It allows clubs to prevent players leaving in certain situations, such as if there is a mandatory quarantine of five days or more on their return.

Anyone returning from one of the UK government’s ‘red list’ countries – including Portugal, all of South America and parts of southern Africa – is required to quarantine for 10 days.

Portugal stars such as Manchester United’s Bruno Fernandes and Manchester City’s Bernardo Silva, and several Brazil players including City pair Ederson and Gabriel Jesus, Chelsea’s Thiago Silva, Everton’s Richarlison and Liverpool’s Roberto Firmino, are among those who could be affected.

Football’s rule-making body is to review the handball law at its annual general meeting on 5 March in response to inconsistencies in its application.

The handball law has been criticised this season for being too strict, particularly in regards to penalising unintentional cases.

The International Football Association Board (IFAB) said in December it would consider “further clarification” of the law “given that the interpretation of handball incidents has not always been consistent”.

It added: “It was agreed that not every touch of a player’s hand/arm with the ball is an offence. In terms of “unnaturally bigger”, referees should judge the position of the hand/arm in relation to the player’s movement in that phase of play.”