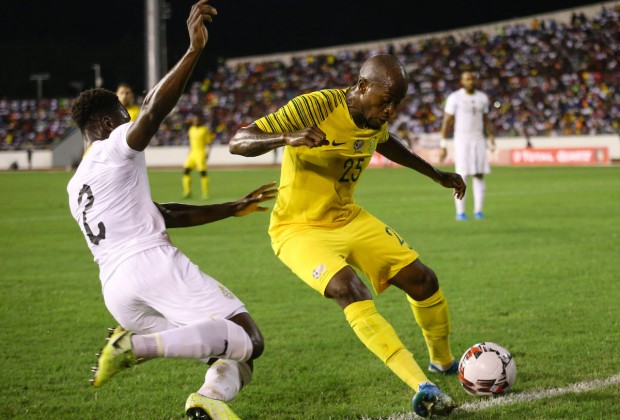 Ghana will attempt to complete the double over South Africa at the FNB Stadium on Thursday in the 2021 Africa Cup of Nations (AFCON) qualifiers.

Victory for either side will secure qualification to the continental showpiece set to be held in Cameroon next year.

Currently, Ghana, South Africa and Sudan all sit on nine points in Group C with the Sudanese playing a game more.

South Africa who lost 2-0 to the Black Stars in Ghana last year will be out for revenge.

With head-to-head being used as the tiebreaker, Bafana Bafana will have to equal last November’s 2-0 loss to stand a chance of qualifying should both countries be stuck on 12 points after matchday six.

Ghana will also be desperate to appease their fans back at home after falling to a shock defeat to Sudan in their previous qualifier.

Ghana now find themselves in a late dramatic bid for qualification after conceding late against Sudan during the last international break. The results means the Black Stars have to now get at least three points from two games to be sure of qualification to the next AFCON.

Prior to the Sudan loss, the four-time AFCON winners were on course to easily glide through the qualifiers having won their first three games.

South Africa on the other hand are the in-form team after winning three straight games since their defeat to Ghana in Cape Coast.

Consecutive wins against Sao Tome (2-0 and 4-0) have put Bafana Bafana in a very strong position to book their ticket to next year’s AFCON.

However, Molefi Ntseki’s men will be wary, knowing that they have to book qualification early because Bafana Bafana still have to travel to face Sudan in their last game whilst the Black Stars are at home against minnows Sao Tome and Principe.

When it comes to the head-to-head between the two countries, Ghana have lost just once in their previous nine encounters with South Africa, and haven’t lost a competitive game against Bafana Bafana since February 2000.

Essentially, this means the Black Stars will head into this match confident of getting the job done, although some key players will be absent.

Due to South Africa being marked as a Covid-19 red zone, European players were cautious and some opted not to be involved in this fixture.

Ghana is hardest hit with this conundrum as key players such as captain Andre Ayew, Jordan Ayew and Thomas Partey will miss the crucial game against South Africa although the trio will be available for the Sao Tome and Principe clash.

CK Akonnor has had to reshuffle his squad quite a number of times as goalkeeper Richard Ofori and left back Gideon Mensah have pulled out of the squad due to injury.

As a result, Akonnor has had to put his trust in the home-based players selecting 12 of them.

Ntseki has almost the full complement of his squad as he will have just a couple of players missing out.

Kermit Erasmus and Bradley Grobler will both miss out on the Ghana game due to injury.

South Africa were worried about the availability of key man Percy Tau who has scored three goals in the qualifiers so far.

Fortunately for Bafana Bafana, Brighton agreed to allow Tau to join his country as he will have to quarantine upon his return.

With both teams setting up to win and gain qualification to the AFCON as early as possible, it’s expected that they will end up canceling each other out. Especially because Ntseki or Akonnor do not want another defeat heading into the final qualifier.

DISCLAIMER: The Views, Comments, Opinions, Contributions and Statements made by Readers and Contributors on this platform do not necessarily represent the views or policy of Multimedia Group Limited.
Tags:
Black Stars
Black Stars squad
CK Akonnor
Owuraku Ampofo