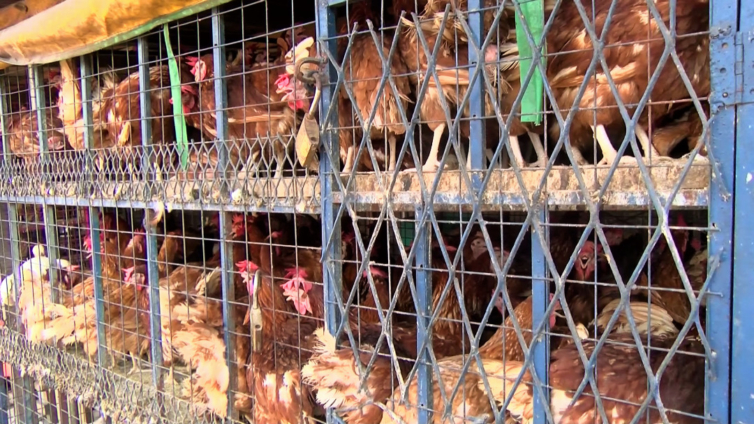 Brace yourself to pay more for chicken this festive season because the Ghana Poultry Farmers Association is estimating an upward adjustment in the price of your favorite protein source.

Poultry, initially selling at GH¢55 two weeks ago, now sells at ¢70 on the market.

However, President of the Ghana Poultry Farmers Association, Victor Oppong Owusu Adjei, says the current price is expected to inch up before Christmas.

“As for Christmas, we will have to give the Ghanaian the fresh and healthy chicken. The brown, which is the layer, as of now, we’ve priced it at 70 Ghana cedis. The price of the white one, which is the broiler, will be dependent on the weight of the animal. So we cannot give any price for it,” he said.

Chicken is enjoyed in most Ghanaian homes as a protein accompaniment to their favorite local meals, including fufu and rice, and other continental dishes.

It is the cheaper protein alternative to other meat sources. With only a few days until the Christmas holidays, prices of both the broiler and layer breed have already increased on the market.

“We used to sell them at sixty Ghana cedis. But now it sells at seventy Ghana cedis. The broiler is now selling at 100 Ghana cedis,” Abena Boakyewaa who sells poultry at the Ayigya market said.

Prices of poultry have seen nearly a 100% increment during the same period last year.

“Last year, poultry sold at 35 to 40 Ghana cedis before Christmas, but sold at 45 Ghana cedis during the Yuletide. The price now is expensive,” Akua Amoako, a chicken vendor, said.

The exorbitant cost of feed and medicines for the upkeep of the animal are the cause of the ballooning price of chicken.

“If you look at the cost of production, the ton per feed, which was 1,500 cedis per ton. It’s now 6,700 Ghana cedis per ton. The percentage is too huge. This is affecting the poultry industry,” Victor Owusu Adjei said.

For vendors at the Ayigya market, who are already making marginal profits, the imminent price increment would mean a bad market for the season.

“Because of the sudden increment in the prices, people usually turn away. After Christmas, market will be down. This is because people can’t take out at least 75 Ghana cedis to buy only chicken and buy other items to cook them,” Akua Amoako said.

DISCLAIMER: The Views, Comments, Opinions, Contributions and Statements made by Readers and Contributors on this platform do not necessarily represent the views or policy of Multimedia Group Limited.
Tags:
Chicken seller
Christmas
Poultry Farmers