Prof. Divine Ahadzie: Is Ghana going to survive as a functional society by the year 2060? 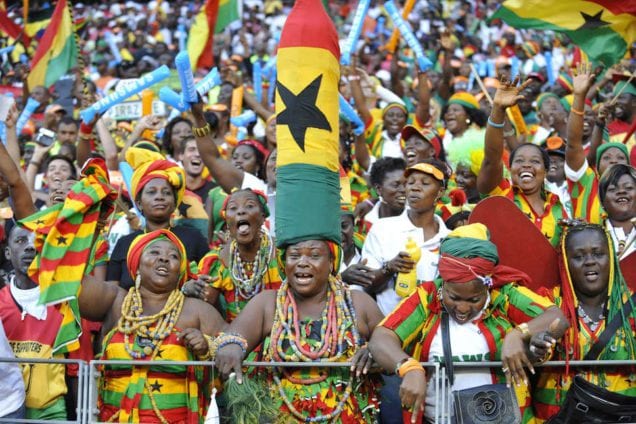 Independence Day was celebrated in Kumasi for the first time at the Baba Yara Stadium.

Anthony Giddens in his book, Sociology, a brief but critical introduction, pronounces that, the world population will double every forty years. While this geometric population growth may indeed be experienced differently in different regions across the globe, there is every reason to believe that Africa and for that matter developing countries such as Ghana will feel it the more, given the relatively high population growth rate in most of these countries.

Using conservative estimates, this suggests that, all things being equal, by 2060 the population of Ghana may be close to 60 million or more. In fact, it is interesting to note that, in 1980, Ghana’s population was slightly over 11 million. Fast forward 40 years on to 2020 and we are now close to 30 million, meaning that Ghana’s population has even doubled the more. That means, by the year 2060, Ghana’s population may even be hitting 70 million, if the status quo should remain.

This obviously has huge socio-economic implication for the country and the question to be asked is, what will be the standard of living for the anticipated huge population and status of development in the country?  Will there still be intermittent power cuts and intermittent water supply? Will there still be street children and homelessness and schools under trees in the midst of abandoned projects?

Will there still be high unemployment and will half of the urban population still be living in slums? Will Accra-Kumasi road still be under perennial construction and remain a single lane? The list could be endless.

How time flies, I am already in my 50s and looking back is always with a sigh of self-doubt. I recall the power cuts, the intermittent water supply and the fact that a chunk of urban households have always not had pipe-borne water connected to their homes. Visible signs of slums have also always been infamous in the cities.

It is interesting to also note that, all this while, we claim we are addressing these problems and for five decades of my life, the solutions are not yet in sight. Rather, the situation has become worse as the population continues to grow. According to a publication on Infrastructure in Africa edited by Mthuli Ncube and Charles Lufumpa (2017), -“fewer than 40% of urban households enjoy a private water connection and this population falls to just 5% in rural areas.

Besides, close to half of the urban population live in slums, which is quite worrying. Whilst Ghana and for that matter African cities are struggling to meet even basic infrastructure requirements such as water, electricity, shelter and adequate transportation networks,  the 4th Industrial Revolution is also creating demands for new infrastructure such as digitalization and interoperability. Extreme weather events, particularly, flooding of cites and conurbations is also threatening the fabric of the society. Will Ghana be able to leapfrog and keep up with the pace of development? That is the million-dollar question.

Remarkably, Ghana has always been one of the first countries to sign onto international urban frameworks aimed at engendering accelerated development.  Yet, in almost all cases we have never been able to do enough to meet the national targets let alone the global standards. From Habitat I, through to Habitat II, to Agenda 21, and then the MDGs and now SDGs/Habitat II, Ghana has indeed always been signatories and yet has nothing substantial to show for being part of such partnerships.

With the current inertia, coupled with a snail pace development and smacked with political insincerity, what would the situation be regarding future socio- economic engagements of the teeming population we are expecting by the year 2060?  Assuming that we are lucky enough to double our current frail infrastructure stock by the year 2060, the supposition will be that the economy would still be feeble with the same difficulties we are facing currently.

Yet we are all aware that, doubling the stock in 40 years is remotely not possible, given the backlog we have created over all these years amid competing demands for limited resources.   It will definitely take something more than the current laid-back approach to delivering the much-needed infrastructure that would be enough to engender the accelerated development we clearly need?

The long-standing debate for recourse to a National Development Plan has never reached consensus but continues an anecdote for our developmental agenda. Infrastructure projects are used to consume wealth when they are in fact supposed to be used to create wealth. Projects take several years to be completed and when completed many are even not put to use. Others are abandoned and never completed.

This is the reality of where we are as a Nation, which may have serious repercussions for our survival going into the future.  If you should ask me to make a prediction of what will happen by the year 2060 if the status quo should remain, I will say that, by 2060, we may have to contend to deal with acute form of slums, more disturbing intermittent water supply, very disruptive power cuts, excessively high unemployment etc.

We could indeed be heading towards a national crisis if our laissez-faire developmental agenda continues to prevail when indeed, we should be thinking about aggressively working to facing off the potential threat ahead. Or is it a case that we may be heading towards a dysfunctional society? I hope not.

DISCLAIMER: The Views, Comments, Opinions, Contributions and Statements made by Readers and Contributors on this platform do not necessarily represent the views or policy of Multimedia Group Limited.
Tags:
Ghanaian society
Prof. Divine Ahadzie