Prof. Divine Ahadzie: Where do you derive your source of knowledge from?  A scholarly reflection 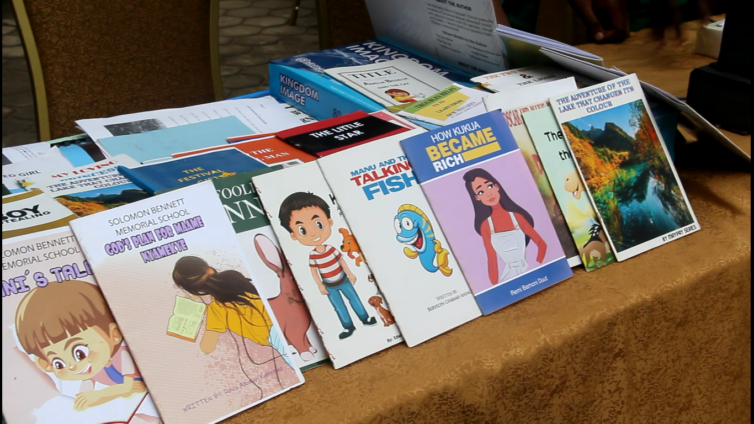 As humans, we make decisions everyday based on some sources of knowledge and these tend to define our behaviour and personality.

What then are these sources of knowledge?  Well, they can be classified into six main domains, as reported in one academic textbook by Kreuger and Neuman (2006) titled “Social Research Methods…….” These are; authority, tradition, media myth, personal experience, common sense and then SCIENCE.

Here, readers will notice that, SCIENCE as a source of knowledge is in “caps” and I have done so for my own emphasis. Space will not allow me to discuss each source of knowledge comprehensively.  However, what is obvious is that, most of what we claim to know about the world and life are often based on stories our parents, people in positions we look up to such as religious leaders, opinion leaders, teachers and/or our peers have told us.

According to Kreuger and Neuman, when we believe something to be true just because somebody in position says so, then we are relying on authority as a source of knowledge.  In this context, knowledge obtained from tradition and/or religious doctrines could also be deemed as coming from authority.

For example, this is what distinguished history Professor Thomas Noble of the University of Notre Dame wrote in his published course notes on the foundations of the western civilization: “Religion served as an impressive attempt to begin to systematize knowledge about the natural world”. Thus, once upon a time, religion actually served as the basis for defining our understanding of the earth and life, however the paradigm change when philosophers such as Socrates, Plato and Aristotle begun to lay the foundation for science to become the pathway.

Information obtained from published materials such as from books, magazines and now social media may also be deemed as coming from authority.  Similarly, we may obtain knowledge from what is termed media myth. This is when we are tempted to use information obtained from repeatedly watching films, movies and reading from tabloids etc. Sometimes, this may reflect the reality but most often may also be deceptive and/or exaggerated for entertainment and promotional purposes. Indeed, in this day and age, social media could also be used to propagate media myth, if the sources of information are not properly verified.

Common sense is basic knowledge that we are all supposed to have by virtue of being human. For example, it is common sense that, if you dip your hands into boiling hot water, you will get burned.  In Ghana, many of our “so called wise sayings and/or proverbs” may also stem from common sense. The problem with these wise sayings is that, they can also be contradictory and lead to what Kreuger and Neuman refer to as “illogical fallacies”. That is, you can get one wise saying supporting a view and another opposing at the same time.

Let us now return to why my emphasis is on SCIENCE. In academia, we see science to be different from all the sources of knowledge, because unlike the others, it is evidence-based and subject to diligent, logical, systematic observation and data and also neutrality. While one is not suggesting that these other sources of knowledge should be dismissed outright, the problem is that they can be severely limited, compared to science. Above all they tend to be dogmatic, rooted in belief and fixed while science admits opposing views and superiority of the evidence.

In practice, it may appear that religious and traditional sources are dominating the discourse and decision making, given the huge leverage and public patronage as compared to science. Tradition and religion may still be “useful” sources of knowledge, but it is also true that knowledge from these sources may be questionable, unfounded and many have never been substantiated and are just hear-say or following from prejudice.

Yes, there could be many sources of knowledge out there. Nonetheless, we need credible sources of knowledge to create people of vision and wisdom.  The reality is that science, including logic, is now akin with progress in modern societies and the evidence is all round for us to see. While this position would obviously be seen as debatable from certain quarters, from an academic perspective, it is settled and well grounded.

We may still continue to strongly hold on to believes from other sources of knowledge, but let us be reminded that, we are defined by the sources of knowledge we depend on, be it at the individual, collective or national level. This also defines the progress we make as a society.

In ending, let me point out that, while this article has been written from an academic perspective, it is important to dispel one misconception. Science is not done only in academia but can be practiced at all levels of society, because in the end, it is about finding solutions to societal problems through diligent, logical and systematic means.

The writer, Professor Divine Ahadzie is a Research Fellow at the Kwame Nkrumah University of Science and Technology and also a scholarly blogger.

DISCLAIMER: The Views, Comments, Opinions, Contributions and Statements made by Readers and Contributors on this platform do not necessarily represent the views or policy of Multimedia Group Limited.
Tags:
Prof. Divine Ahadzie