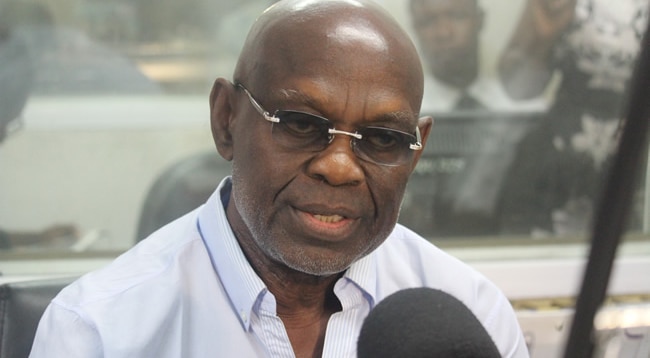 A former Finance Minister, Prof Kwesi Botchwey, is scheduled to speak at an Independence Day Lecture in Accra on Monday, March 7, 2022.

The maiden lecture is on the theme: “On the State of the Nation’s Economy and Politics: 65 Years After Independence – The Path to Sustainable Development and Democratic Consolidation.”

The lecture is designed to provide a constructive platform for engaging and shaping solutions for the socio-economic challenges and prospects of Ghana.

There will be a panel and audience discussion to review and reflect on the subject and issues raised during the lecture.

It is being organised by the OneGhana Movement, a thought leadership and social action not-for-profit organisation, in partnership with the Department of Economics and School of Social Sciences of the University of Ghana-Legon.

In the wake of current raging fiscal challenges, he is expected to speak on matters of economic management and policies.

Ghanaians will keenly listen to the country’s longest-serving Finance Minister, who steered affairs from 1982 to 1995, to find out if he will make proposals to address the current economic challenges.

Having been in charge of the economy at the time Ghana executed several programmes with Briton Woods institutions, Ghanaians are anxious to hear his views on whether the country should go to International Monetary Fund (IMF) or not.

In case he has views about the raging debate on Electronic Transactions Levy (e-levy), it will be of much interest to many Ghanaians.

It also seeks to influence the Ghanaian society, and by harnessing the power of our collective insights, it hopes to shape the orientation of policymakers and inspire the citizenry to action.

The mission of OneGhana Movement is promoting citizen and policy accountability and the prioritisation of the national interest over partisan politics by employing policy analysis, advocacy, legal and financial interventions to drive social and political change in Ghana.

OneGhana Movement has embarked on some important projects and programmes to achieve its objectives.

The absence of public waste bins along streets and irresponsible citizen behaviour have contributed to the growing sanitation challenges faced in Accra.

In an effort to address this challenge, the OneGhana Movement in conjunction with the Ministry of Sanitation and Water Resources and the Accra Metropolitan Assembly is undertaking the RightWay Initiative – ‘Adopt A Bin’ campaign.

Public waste bins were deployed and put out on the streets of Accra for citizens to have access to dispose handy refuse properly.

As part of the Ghana Action Series, OneGhana Movement has organised a series of lectures touching on vital issues of national importance.

The pressure group is pursuing justice for victims of the 2015 June 3 flood and fire disaster victims.

The disaster saw the death of over 150 persons after an explosion at a Goil fuel station at Kwame Nkrumah Circle area.

The campaign includes legal aid for victims and public advocacy on corporate and regulatory accountability.