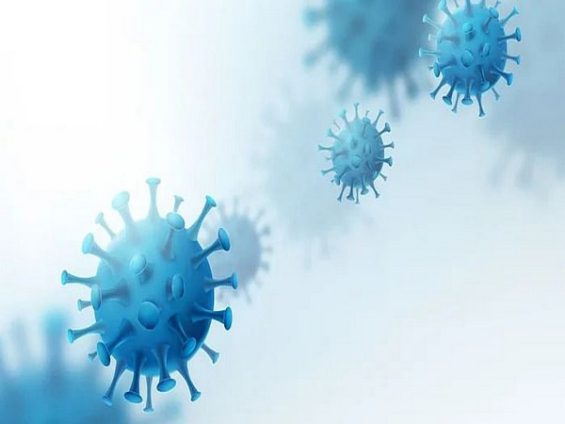 Since China reported its first case of Covid-19 to the World Health Organization (WHO) in December 2019 approximately 251.4 million Covid‑19 cases and 5.1 million deaths have been reported by global health authorities.

Thus, the disease has spread to every continent and case numbers continue to rise. Different countries’ epidemics have followed different trajectories. The disease has hit the United States especially hard. About 46.8 million cases have been reported in the country and 759,060 patients have died.

Although the director of the US National Institute of Allergy and Infectious Diseases, Dr. Anthony Fauci, has put the virus’s mortality rate at about 2%, while the WHO has estimated this to be 3.4%; the actual number of people this virus killed is still not clear because a lot more people may have died from Covid-19 but were never documented.

The fourth wave of Covid-19 infections

New infections in Europe approached record highs as the WHO warned that the continent was “back at the epicenter of the pandemic.” The WHO forecast that Europe could experience half a million Covid-19 deaths in the next three months. Caretaker Dutch Prime Minister Mark Rutte announced a three-week partial lockdown amid surging COVID-19 cases in the Netherlands, saying his government wants to “deliver a hard blow to the virus”.

The lockdown that begun 20/11/21 is the first to start in Western Europe since a new wave of infections began surging across parts of the continent. On Thursday 18/11/21 the country’s public health institute recorded 16,364 new positive tests in 24 hours – in a country where nearly 85% of adults are fully vaccinated.

Daily infections hit a new German record of 52,826 on Wednesday 17/11/21 as European governments responded to a surge in much of the continent and this is in a country with a vaccination rate of approximately 70%. Data from the UK suggest a vaccination rate of 80.1% of people received the second dose and 23.5% got the third or booster dose.

All living things produce their offspring and for viruses, this process is known as ‘replication’. It may result in the introduction of mutations (changes) throughout the viral genome (the building blocks/bricks that make up a virus). When specific mutations, or sets of mutations, are selected through numerous rounds of viral replication, a new variant can emerge.

If the sequence variation produces a virus with distinctly different phenotypic characteristics, the variant is cotermed a strain.

Through a process of evolutionary selection, a new variant becomes predominant. Like the ‘survival of the fittest’ this new variant might have some survival advantages such as being more readily transmissible, more virulent or pathogenic; and can evade immunity induced by vaccination or prior infection.

This Omicron variant of coronavirus may have emerged out of the Delta variant which has been a dominant lead variant of the Covid-19 responsible for the pandemic since it emerged from India in late 2020 and was named Delta in May 2021.

Omicron was first identified by scientists in South Africa, who raised alarm over its unusually high number of mutations on Thursday 25/11/21. Since then, many countries have confirmed cases of the new strain. Apart from South Africa, the variant has been found in Botswana, Belgium, Canada, Australia, the Netherlands, Denmark, United Kingdom, Germany, Israel, Italy, the Czech Republic and Hong Kong.

The world responded by unfairly targeting the Southern African region with Omicron travel bans instead of applauding and offering support to them for being honest with the news of the new Covid-19 variant. South Africa in particular has one of the best molecular genomic sequencing facilities in Africa and so was able to track and identify Omicron.

Omicron was later traced to travellers from neighbouring Botswana. Although the real origin of Omicron remains elusive one could guess the virus may have been circulating in that region for several months prior to its discovery. Afterall it is even possible the Omicron did not originate in Africa but was simply first reported by African Scientists.

Omicron is a heavily mutated variant (see Table 1) and known to be more transmissible than the Delta variant but we still do not know if it is more virulent (dangerous) than the Delta variant. In virology, high mutation does not always translate into high virulence; in fact, it sometimes translates into less virulence. Also, it is still not clear if Omicron is resistant to the Covid-19 vaccines currently being administered globally.

In October 2020, the UK reported the B.1.1.7 or Alpha variant which quickly became a predominant variant globally. The B.1.1.7. contains 8 mutations in the spike protein and maintains the D614G mutation i.e., the mutation of the variant that left Wuhan to Europe and the rest of the world.

The Delta variant thought to be 60% – 80% more contagious than the Alpha, Beta, Gamma and Kappa variants. The author in his article published by MyJoyonline.com on 6/7/2021 described the Delta as the ‘King’ of all variants to rule the world. Omicron is thought to have emerged from the Delta variant.

Table 1 shows shared mutations of six variants of concern (Alpha, Beta, Gamma, Kappa, Delta and Omicron). Briefly, the first row shows the L18F mutation of amino acid 18 in the spike protein from Leucine to Phenylamine is shared by Beta and Gamma variants only.

The 13th row shows the K417T mutation of amino acid 417 in the spike protein from lysine to asparagine is shared by Beta, Gamma and Omicron. The 19th row shows the D614G mutation of 614 in the spike protein from aspartic acid to glycine is shared by all variants; this is the mutation of the variant that left Wuhan. The last rows show at least seventeen mutations limited to Omicron only compared to the other five coronavirus variants of concern.

The spike protein is usually frequently mutated because of immunological pressure from antibodies and other immune cells that work hard to clear the virus. Moreover, RNA viruses including Corona, HIV, Polio, Ebola, Influenza easily and commonly make genetic errors during replication and that inherently results in mutations and emergence of variants. The author predicts Omicron will soon mutate to another variant in line with the evolutionary trajectory of RNA viruses.

Ironically, although the rich countries are heavily vaccinated beyond the herd immunity threshold of >80% they seem to be the hardest hit by the fourth wave of the Covid-19 pandemic and least vaccinated sub-Saharan Africa is the least hit by the pandemic. A report of the Omicron variant from South Africa triggered an unfair travel ban from the rich countries. But they should know that the so-called vaccine apartheid imposed on Africa will not end the pandemic.

As far as the Omicron variant is concerned it is too late to close borders. Governments should rather focus on vaccinating all their citizens and strengthen the existing Covid-19 prevention protocols including wearing of nose masks, frequent hand washing, avoid crowding etc. The rich countries should assist those from the poorer countries to get fully vaccinated including administering booster shots for those who are immunocompromised.

School of Medicine and Dentistry