Public schools are without teaching materials weeks after re-opening - MyJoyOnline.com

Public schools are without teaching materials weeks after re-opening 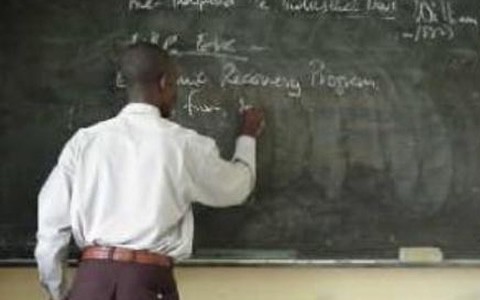 Four weeks- after schools re-opened the Ghana Education Service is yet to supply basic teaching materials to public basic schools.

The situation, which has been described as dire by some teachers, is said to have virtually brought teaching and learning in the affected schools across the country to a standstill.

The schools are without class registers, teachers’ lesson note books and in some cases chalk.

Joy News gathered that some teachers are improvising and resorting to lecturing pupils instead of teaching them.

Some teachers tell Joy News they are frustrated by the situation.

But the Ghana Education Service (GES) said the situation has not reached a crisis as being portrayed.

Deputy Director General at the GES, Stephen Adu told Joy News the delay in receiving the teaching materials was due to “some technical challenges”.

He said the items have been procured and are being distributed to the various districts nationwide for onward distribution to schools. He said suppliers engaged by the Service have submitted their invoices indicating that the jobs have been executed.

He also blamed the delay on a new procurement process being used by GES, which he admitted was taking them “long to get to the end of the tunnel”.

“GES is not happy about the delay,” he pointed out.

Mr Adu urged teachers to rely on excess materials from the previous year to keep academic work going while they wait for the arrival of the new materials.

“When you are talking about these suppliers, they are very, very important, very critical but if they are not there it doesn’t mean classes cannot go on…we are not in crisis, that there is nothing we can do to manage the situation.”

Ahenakwa Quarshie, who works at the Salaries, Terms & Conditions of Service Department of the Ghana National Association of Teachers, told Joy News although news about the distribution of the materials was welcoming, it is difficult for him to accept the explanation that the delay was caused by technical challenges.

He said the school’s calendar and timetable were prepared by the GES and they should have factored in the predictable delay, which he claimed was not being experienced for the first time.

He was worried that “at the end of the day if things go wrong teachers would be blamed”.