‘Puns are what make NSMQ interesting’- MD of Primetime Limited 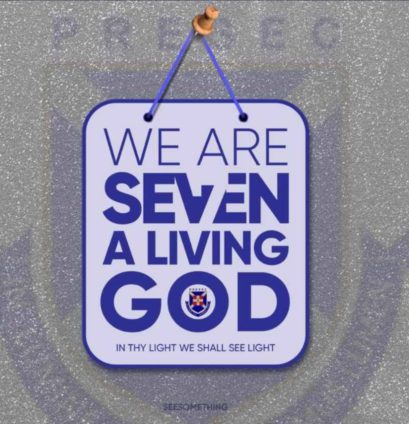 Managing Director of Primetime Limited, Nana Akua Ankomah-Asare, has expressed excitement over this year’s National Science and Maths Quiz (NSMQ) produced by her outfit and sponsored by the Ghana Education Service (GES) in partnership with Absa.

According to her, what sets the ongoing contest apart from the previous is the modernized and innovative use of puns by schools to send a specific message to their contenders and fan base.

Interacting with JoyNews’ Manuel Korateng ahead of the grand finale, she said: “It is a lot of fun. I am loving the puns. These are the things that make the NSMQ so interesting.”

After the one-eighth stage of the contest, some puns began to resurface on social media. Dominating the Twitter space was that of PRESEC-Legon.

Six-time champions, Presbyterian Boys’ Senior High School (PRESEC-Legon) are riding on the slogan “Just SEVEN a living God” to emphasize their quest for a seventh trophy. They say “no bragging or shouting” but just the work of a living God.

Whiles Keta SHS say they believe in a “God of ONE-ders” to provide them with their firstever trophy since the inception of the contest, four-time winners, Prempeh College say they are determined “to Glory-FIVE the Lord” after securing their fifth trophy.

The final contest that will see the three schools battle it out fiercely with so much passion and honour is scheduled to take place on Friday, November 26, in Kumasi for the very first time.

The much-anticipated event will happen at the Kwame Nkrumah University of Science and Technology (KNUST) auditorium. This will be aired on JoyNews and Myjoyonline.com.

A closing ceremony scheduled for 2PM according to Mrs Akua Ankomah-Asare, will precede the main event to determine who carries the trophy and earns the bragging rights as 2021 NSMQ champions.