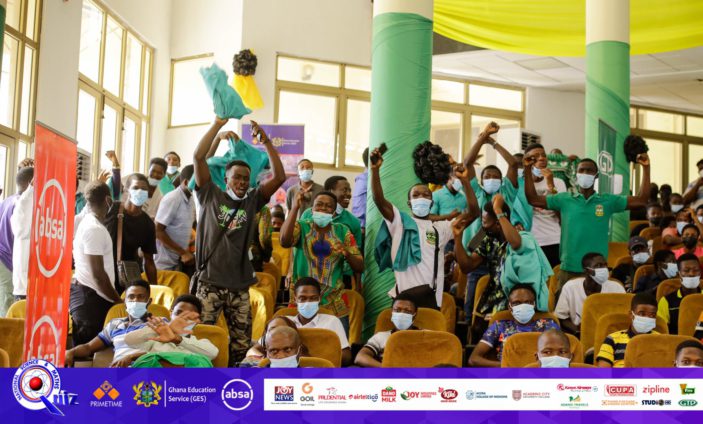 The time to pick and wear old school uniforms is here as the 2022 National Science and Maths Quiz (NSMQ) begins today with nine contests at the Kwame Nkrumah University of Science and Technology (KNUST).

The contests will take place concurrently at three venues from 9 am at the Saarah-Mensah, KNUST SHS and Kumapley auditoriums.

NSMQ giants and past winners like Mfantsipim School, Achimota School and St. Thomas Aquinas are beginning their journey from the preliminary stage with fans wondering whether they will be able to make it to the grand finale.

It’s the start of a brand new #NSMQ2022 season, and we have an excellent serving of 9 contests in the #NSMQPrelims for you.

Check out the fixtures and where you can view the contests from each venue.#Primetime pic.twitter.com/TxifDKjfvs

This is the second time the competition is being held in Kumasi on the KNUST campus, with 117 schools set to participate in the preliminary stage.

In an earlier interview with JoyNews, the Programme Coordinator of Primetime Limited, Stephen Yankey, said all is set for another enthralling competition in Kumasi.

“…our venues for the competition are also set up; we are ready to start the contests on Monday [October 10]. This year, we are holding the prelims at three venues; that is from Monday to Thursday.

“The team from Primetime has been working hard to ensure that everything would take place seamlessly,” he assured.

The national championship is expected to generate the usual thrilling sensation that always grabs the attention and interest of the country.

Already, many NSMQ enthusiasts want the defending champions, Prempeh College, to win the trophy for the sixth time to equalise the number of times Presec-Legon has won it.

Below are the today’s fixtures:

The 2022 National Science and Maths Quiz is produced by Primetime Limited and sponsored by the Ghana Education Service in partnership with Absa Ghana.

DISCLAIMER: The Views, Comments, Opinions, Contributions and Statements made by Readers and Contributors on this platform do not necessarily represent the views or policy of Multimedia Group Limited.
Tags:
KNUST
National Science & Maths Quiz (NSMQ)
NSMQ 2022
Primetime Limited