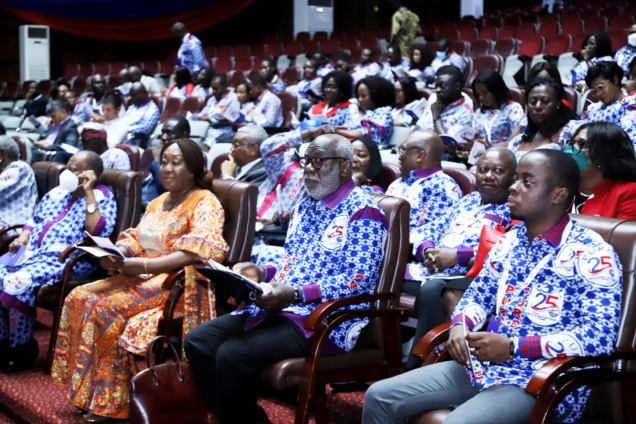 They also called for a review of the 1992 Constitution to reduce political contact and interference particularly in the tariff decisions of the Commission.

This will make the Commission serve both the public and industry better and position it as a Centre of Excellence in electricity and water regulation globally.

The call comes as PURC marks its 25th anniversary since its establishment in 1997 to regulate the provision of electricity and water utility services in Ghana.

The call for an independent Commission is in relation to Section 4 of Act 538, which makes the PURC an independent body and not subject to the control of any authority in the performance of its functions.

However, some stakeholders said the independence of PURC was affected by the President having to exercise some administrative oversights of the Commission.

Speaking at a lecture in Accra on Tuesday, Mr Kwame Pianim, a Development Economist, who was the main speaker for the PURC anniversary lecture, said the Commission had over the years made itself a world class regulatory institution.

He noted that in 25 years, the Commission had built itself into a strong institution with professional workers and said with adequate funding: “PURC would be a regulator, second to none in the world.”

He said while Heads of the Commission could hardly insulate themselves from political actions in performance, it was important that the technical men who handled the daily operations of PURC were protected from any political interference.

“If we want PURC to function effectively, they will need money and innovative ways of funding,” Mr William Amuna, an Electrical Engineer and former Chief Executive Officer (CEO) of the Ghana Grid Company (GRIDCo), said.

Madam Akosua Frema Osei-Opare, the Chief of Staff, noted that in the current economic hardship, which was making Ghanaians pay more for energy and water services, an independent regulator like PURC was critical.

In a speech read on her behalf, Mad Osei-Opare said such independence of PURC would ensure a balance of interests of consumers and utility service providers, and sanction those who did not meet standards.

She noted that just like other institutions, if the public did not support PURC through constructive criticism and right suggestions on the way forward, the Commission would not be able to deliver on its mandate.

She encouraged the citizenry and all sector players, including academia, policy Think Tanks, Trade Unions and Civil Society Organisations (CSOs) to “continue to participate in the work of PURC…and we will be the ultimate beneficiaries.”

Mad Osei-Opare said the experiences of PURC provided a good platform for learning and strengthening of regulation on the continent because the Commission had recruited and kept professionals.

Mr Ebo Quargrainie, the Chairman of PURC, recounted some of the successes chalked over the years, including a framework for the determination of utility rates and spearheading about 305 pro-poor water projects across the country.

He also said the Commission restructured the tariff structure to address the burden of cross-subsidies shouldered by industry and to ensure that Small and Medium-sized Enterprises (SMEs) paid lower tariffs than households.

He said that ongoing transformative policies and programmes at the PURC would enhance transparency and accountability to drive improvement in its work as a modern-day utility regulatory institution.

DISCLAIMER: The Views, Comments, Opinions, Contributions and Statements made by Readers and Contributors on this platform do not necessarily represent the views or policy of Multimedia Group Limited.
Tags:
Kwame Pianim
PURC