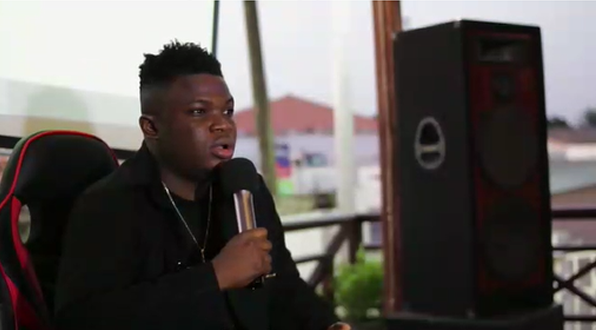 Gospel singer KobbySalm says it took a lot of effort to complete his debut album ‘In The Midst Of Comfort’.

The 20-track album features an eclectic mix of artists and bands including AfroHarmony, The FRA Band and even the afro-rock band Dark Suburb.

Other notable features include E.L, Efe Grace, Eric Jeshurun, Canton Jones and Calvis Hammond amongst many other Gospel artists.

The album has production credits from top tier producers like Kaywa, Vacs, Decoros, 3fs and others, guaranteeing a rich sound of multiple genres.

KobbySalm recounted how he lost the inspiration to continue his music career in music even though he was getting a lot of buzz on social media.

He was thankful to his fans for their support throughout that phase and believed that contributed greatly to bring him out of his funk.

Tags:
In The Midst of Comfort
KobbySalm