R. Kelly given 30 years in jail in sex abuse case 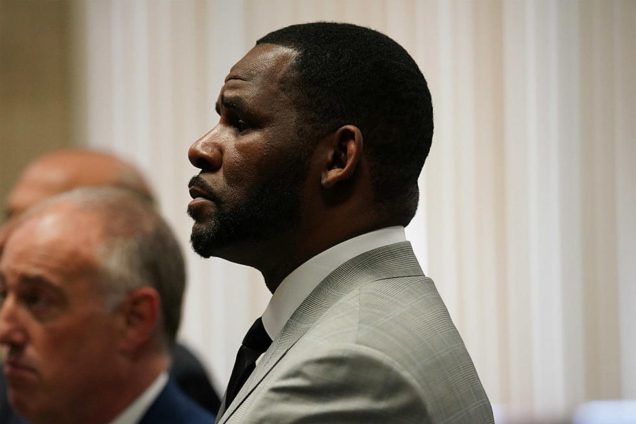 US singer R. Kelly has been sentenced to 30 years in prison for using his status to run a scheme to sexually abuse children and women.

In September, a jury in New York convicted the R&B artist, 55, of racketeering and sex trafficking crimes.

He currently faces separate criminal charges in three other cases.

Kelly – known for hit songs like I Believe I Can Fly and Ignition – was found to have used his celebrity status and sphere of influence to lure women and children into sexual abuse over two decades.

At his sentencing on Wednesday, US District Judge Ann Donnelly said the celebrity had used sex as a weapon, forcing his victims to do unspeakable things and saddling them with incurable diseases.

The sentence, she said, would act as a deterrent from committing similar crimes in the future.

Jurors at Kelly’s six-week trial in Brooklyn heard how he trafficked women between different US states, assisted by managers, security guards and other members of his entourage.

The court also heard how Kelly had illegally obtained paperwork to marry singer Aaliyah when she was 15 in 1994, seven years before the singer died in a plane crash.

The certificate, leaked at the time, listed Aaliyah’s age as 18. The marriage was annulled months later.

Federal prosecutors had recommended that Kelly be sentenced to more than 25 years in prison, given the seriousness of his crimes and “the need to protect the public from further crimes”.

But his lawyers called for a sentence of 10 years – the mandatory minimum for his conviction – or less.

They portrayed Kelly as growing up poor in a household rife with domestic violence and suffering sexual abuse from a young age.

DISCLAIMER: The Views, Comments, Opinions, Contributions and Statements made by Readers and Contributors on this platform do not necessarily represent the views or policy of Multimedia Group Limited.
Tags:
R Kelly