RamiTalks: I froze in horror - MyJoyOnline.com

RamiTalks: I froze in horror 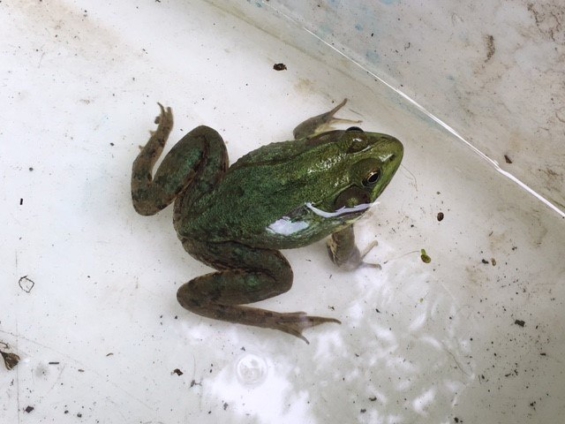 Do you sometimes recoil in horror at something that at first sight seems….horrific? It happened to me the other night, and it wasn’t the first time either.

So I’m in our front yard around 8:30 pm, and one of our dogs is being silly around my legs. I walk towards the dog’s water bowl to make sure it’s full for the night. As I approach the water bowl I notice that it’s already full.

But….the water in the bowl is moving back and forth. You know, like it’s just been filled and placed on the grass with great force. I freeze. I’m alone outside with three dogs.

My family and housekeeper are all inside. I know because I saw them before I stepped outside.

And I’ve been outside for all of five minutes. And I haven’t filled the dog’s water bowl yet. So why is the water in the bowl moving back and forth?

The water doesn’t move like that when the dogs drink, and they are voracious drinkers. And noisy drinkers.

I would have heard them for sure if they had just drunk the water in the bowl. Why is the water moving back and forth??

I step tentatively towards the water bowl. It still contains moving water. I take another step. Still…! And another step.

Suddenly all is revealed: there’s a frog swimming in the dog’s water bowl! A frog!! A frog!!! My heart almost stopped because of a nameless frog skinny dipping and doing laps in a dog’s water bowl!! If I had died from cardiac arrest how would I have explained it to St. Peter, my unexpected arrival at the gates of heaven.

“Yo, Peter, my man, I’m here because of a swimming frog oh. A naked, nameless frog….”

Seriously though, for that brief minute in my life I was frozen in horror at the thought that someone or something had just filled our dog’s water bowl, and I could not see or hear anyone.

Has something similar ever happened to you? It’s not a good thing oh, especially for your precious heart.

I can laugh at myself now, but when I think back to that moving water, Ewurade Jesu!

And like I said, it’s not the first time either.

There was this night when dumsor was in full effect. I go to lock up our house, and as I turn around from the front door towards our living room, I see the shape of a man at the window looking into the living room.

I froze in horror.

It was dark so I couldn’t see any features, just a shape. But once again my poor heart was asked to do things for which it was not created.

As I moved slightly (don’t ask me if I was going to run, and to where), the shape disappeared.

I moved back to my previous position, and the shape appeared again.

It was so lifelike, and the man appeared to be resting his hands on something, like a stick or….the hilt of a sword??

As you might have surmised by now, there was no man at the window.

Just a trick of some reflected light and shadows, and a wonderfully overactive imagination.

My heart didn’t believe me for awhile, and continued to pound away frantically in my chest.

As I was asked later, “What would you have done if there was a man standing at the window, in the dark??” Some questions should not be asked.

And it happens to others too! Many years ago I entered a family member’s room at home to find her sitting on her bed on the other side of the room, another woman working on her hair, and both of them frozen in horror, staring towards me.

Turned out they had heard the handle of the door leading to the bathroom move down and then back up.

But the door didn’t open, and they knew there was no one in there.

I’m still not sure how I found the strength to extend my tremulous hand, push the door handle down, feel some pressure from the other side of the door, and still press against the door until it opened.

With the accompanying sound. That’s all. No ghost, no drunk spirit.

On my way home from work one evening I was told by a street vendor that a certain bread seller who sold from the same spot had passed away.

I was so sad to hear this news, because that vendor had been at that spot for years, and tearfully told my wife when I got home.

So how do you think I felt when three evenings later, on my way home again, I see the ‘deceased’ bread seller happily hawking her wares! I froze in horror.

A ghost?? Do ghosts sell bread?? Turns out I mis-identified the deceased bread seller.

A bread seller had indeed passed away, but just not the one I thought had died. Still, quite a shock. And my heart….plus, I don’t think I ever bought bread again from the ‘ghost’.

One last example of wrong horror.

I’m standing at the front of a church. A priest is blessing rings, people are smiling, an organist is playing Love Divine, I hear a woman’s voice say loud and clear, “I do!”. I freeze. Oh wait….

I’m proud of my imagination.

It makes life a bit more exciting you know. But I’m not sure what it does to my heart.

And by the way, my imagination is the only thing about me that gets over-excited on a regular basis.