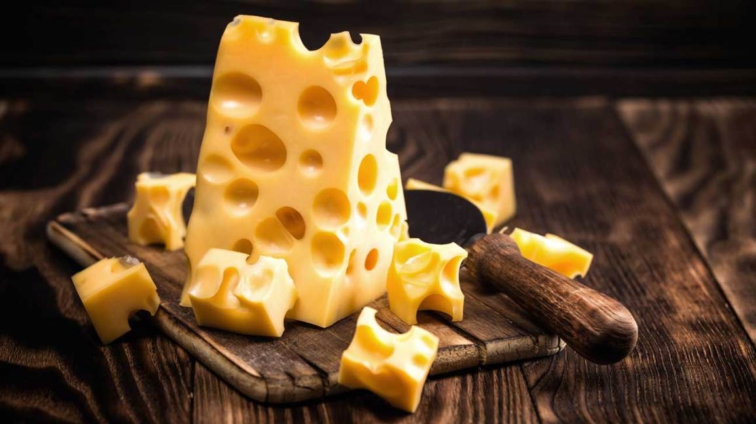 We all make mistakes. But some apparent mistakes are actually horrible instances of…I’m not even sure what word to use. I have a friend, an old schoolmate, who lives in Canada. She also lived in Dubai. Exotic, innit?! Well, not always. She has some stories….you judge for yourself. She’s written for RamiTalks before, and I am so glad to have her back.

I enjoyed the cheese at the Arabic restaurant in Dubai so much that I asked the waiter for the name to add to my grocery list. However, when I got to the grocery store, I realized that I didn’t add it to my list and forgot the cheese’s name.

I shopped for the items on my list, hoping that the name of the cheese would pop into my head. It didn’t.

I smiled as I greeted the Filipina at the cheese section and spelt out my predicament. I wanted a particular cheese common in Arabic food, but I couldn’t remember the name. She looked at me calmly and said, “Why don’t you call your madam and ask her?” Unfortunately, she mistook me for a housemaid. My smile disappeared. I wasn’t angry, just mildly irritated. I figured this lady had seen women who looked like me pushing shopping carts behind their employer or madam while controlling errant children straying from their mothers.

She looked confused. I showed no emotion during an uncomfortable pause.

I calmly told her, “I am my own madam”. She quickly clued in and apologised profusely. I accepted her apology, and as I walked away, I thought of Hanlon’s razor, the principle that says: “never attribute to malice that which is adequately explained by ignorance”. She didn’t know any better.

I was still reflecting on the experience when I got home. Then, as I unlocked my door, a word flashed through my mind, “Halloumi”. Oh shucks, that was it – Halloumi cheese.

The incident was a drop in “the comprehensive ocean” of my experiences.

It’s worse when someone knows me and still treats me as less than.

During my early years in Dubai, the work colleague who screamed my mistake across the newsroom and walked up to me to tell me that I was working on a real newspaper, not a student paper, did not mean well. Malice alert. I went into internal dialogue survival mode. Fight back? Nah, he was a big guy, but seriously I had a family to feed; besides, it was more about him than me.

I have faced my fair share of “the maid at the cheese counter” moments in Canada, my other home. The incidents may be more nuanced but no less stinging. For example, my supervisor in Canada called me to her office and gave me a couple of baby outfits a few days before my maternity leave but threw a lavish baby shower for a pregnant white colleague a few days later. That was a classic “you’re less than” moment.

When a teacher determined that the only Black child in her Junior Kindergarten class was disrupting her lessons, I had to press her that my four-year-old daughter was bored and needed more challenging work. The principal agreed, and that child skipped a grade and became an A student.

These snippets are a window into a room full of good and not-so-good experiences. I was only mildly irritated at the cheese counter because I’ve seen worse.

With a kind of energy you won’t find anywhere else, Dubai was a classroom and my desert home. I met people who have enriched my life. Canada is another home and has given me a range of memories, highs, lows, and somewhere between.

My experience, my reality. People make a place.

You meet people from every corner of the globe in Dubai, and your experiences could be just as varied. I lived there long enough to stuff my memory bank with stories from funny to quirky to serious; you name it.

But this encounter on a train ride to work turned out to be downright embarrassing.

I picked the front window seat in the women’s carriage of the train on another workday. From the corner of my eye, I saw a guy approach, short, spiked hair, white shirt with sleeves rolled halfway up his forearm, his pants were dark grey.

He sat next to me and crossed his legs in a “figure 4 position” – one leg bent and pulled over the opposite knee. As the train left the station, I told him he was in the women’s section. After a pause, a woman’s soft voice said, “I am a lady.”

I froze, too embarrassed to say a word, but I managed to utter three, “Sorry, sorry, sorry,” as I put my hands over my face. “No problem,” the lady said between bursts of laughter. “It happens to me all the time.”

I felt slightly relieved but not absolved. I laughed nervously. If only the floor of the train opened, I would take a dive.

We were chatting before long, beginning with the most common ice breaker in Dubai, “Where are you from?” We talked about our families, and Miriam said she missed her mother especially. “Me too,” I said.

We talked about life like old friends. But my shame lingered, and I wondered if her stop was before mine. I hoped she would get off the train before I did so that she wouldn’t watch me take my walk of shame. No such luck. We wished each other a good day when I got to my stop.

I replayed the events as I walked through the station. I shouldn’t have assumed, even if it was without malice. Was that karma gloating at the Halloumi cheese counter when the store clerk assumed I was a maid? Nah.

DISCLAIMER: The Views, Comments, Opinions, Contributions and Statements made by Readers and Contributors on this platform do not necessarily represent the views or policy of Multimedia Group Limited.
Tags:
Cheese
Dubai
Rami Baitie