Ransford Osei vows not to allow his children play for Ghana 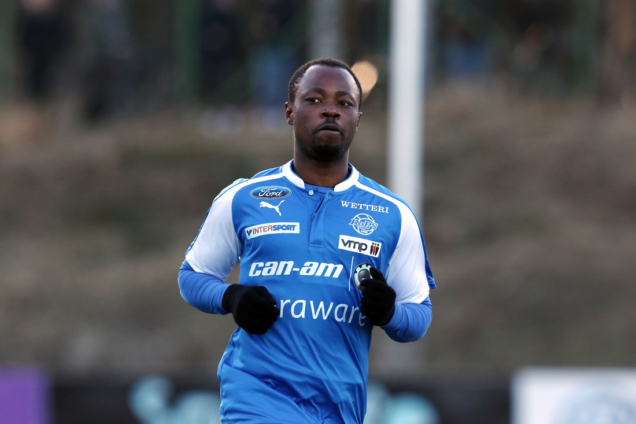 FIFA U-20 World Cup winner, Ransford Osei feels bitter about Ghana and has vowed not to allow his children represent the West African country.

Osei, on Monday, announced his retirement from football at age of 30. It was a shocking decision to Ghanaians, who tipped Osei to reach the highest level in football after he shone at youth tournaments.

At 17, Osei mounted the podium to collect his silver boot award after scoring five goals at the U-17 World Cup in South Korea. Ghana placed fourth in that tournament.

But his career took an unexpected nosedive, with Ghanaians hearing little about the talented attacker until Monday, March 22, 2021 when he confirmed his retirement in an interview with Humble Ike on YouTube.

In the same interview, the striker said the current system in place does not reward footballers who are deserving of call-ups. Thus, he will ensure his children have nothing to do with Ghana.

“Should my child decide to play football, then I’ll not allow him to play for any Ghana national team. I’m being real and I’m not afraid to say it,” he said.

“Ghana football goes beyond your talent. You have to give something before you’re given the opportunity. So why should I allow my son to play for the Black Stars?”

Osei, after U-20 World Cup, was handed a Black Stars call-up and was part of the team that won silver at the 2010 Africa Cup of Nations tournament in Angola but could not secure a place in the squad for the World Cup in South Africa.