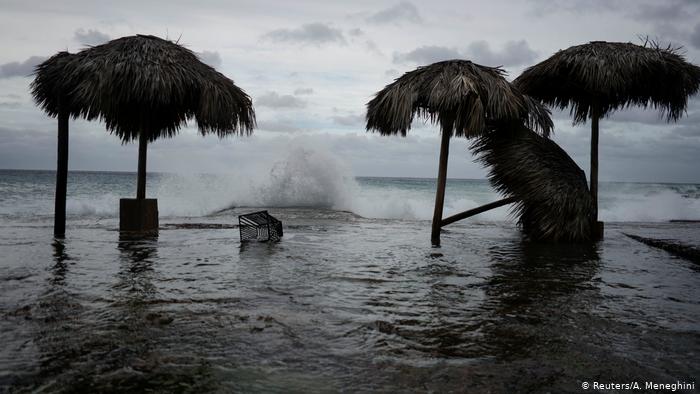 It usually takes several days to even a week for a tropical storm to grow into a powerful hurricane. But if conditions are just right, a major hurricane can develop in just hours.

The process, known as “rapid intensification,” could take Hurricane Laura from a tropical storm with sustained winds of 65 mph early Tuesday to a Category 2 with 110 mph winds, maybe even stronger, by early Wednesday.

A storm like this undergoes rapid intensification when its maximum sustained winds increase at least 35 mph in 24 hours or less, according to the National Hurricane Center.

That’s a jump of about two categories on the Saffir-Simpson scale, which grades hurricane strength from 1 to 5.

Hurricane Michael, in 2018, was the last major hurricane in the Gulf of Mexico to rapidly intensify. It increased 46 mph in 24 hours as it approached landfall in the Florida Panhandle.

Both hurricanes Katrina and Rita, during the historic 2005 season, rapidly intensified before releasing devastating damage to the Gulf Coast.

Katrina increased 57 mph in an astonishing 18 hours. Rita, which followed a similar path to the one Laura is expected to traverse, increased by a whopping 69 mph in its first 24 hours in the Gulf of Mexico.

Laura is likely to continue picking up steam as it moves over the extremely warm Gulf waters, becoming a major Category 3 hurricane or even a Category 4 by landfall early Thursday.