Rawlings taught us to be humane – Muntaka 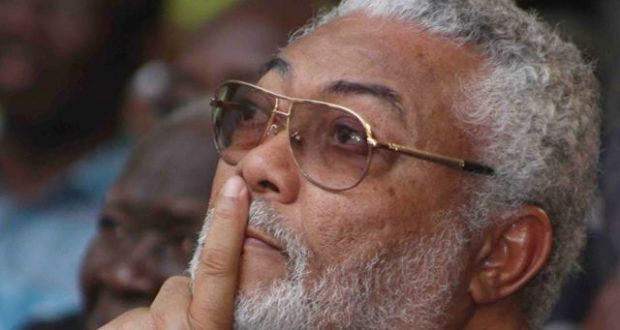 According to him, Mr Rawlings usually told them to “show no disrespect to anyone because you might see them tomorrow and be surprised at how much better they have become.”

This advice, Mr Mubarak said, has really inspired him to emulate the values and principles of the late ex-president.

He noted that whenever Rawlings travelled through a village, he would pick up pedestrians along and route and drop them at their destinations.

“Rawlings always drove people in his vehicle to their destination especially when there was a traffic jam and people were stranded. and now I can’t help but do the same in my constituency.”

Mr Mubarak was speaking on Kumasi-based Zuria FM Sunday night where he announced the party’s activities ahead of Rawlings’ funeral.

He revealed that the book of condolence would be open in all constituencies across the country to allow party supporters and sympathisers to sign their last words for the former president.

“Rawlings had no hatred for any religions, tribes, or any human beings.”

The Asawase lawmaker stated that it is important for Ghanaians to emulate Rawlings’ example by putting Ghana first.

“Rawlings didn’t create differences among Ghanaians,” saying his inclusion of all in decision-making process has helped Ghana progress.

According to him, Mr Rawlings was compassionate toward everyone, particularly, the vulnerable.

“The moment Ghana will go through challenges is when human rights are unprotected and discredited,” Mr Mubarak’s quoting a piece of advice Mr Rawlings gave them.

Former President Jerry John Rawlings died on Thursday at the Korle Bu Teaching hospital in Accra, after a short illness.

He was considered as an anti-poverty advocate by some but was criticised for his alleged violations against human rights.

A week of national mourning has been announced for the longest-serving president of the country.