Rawlings, The Tribute: The tenderness in his toughness 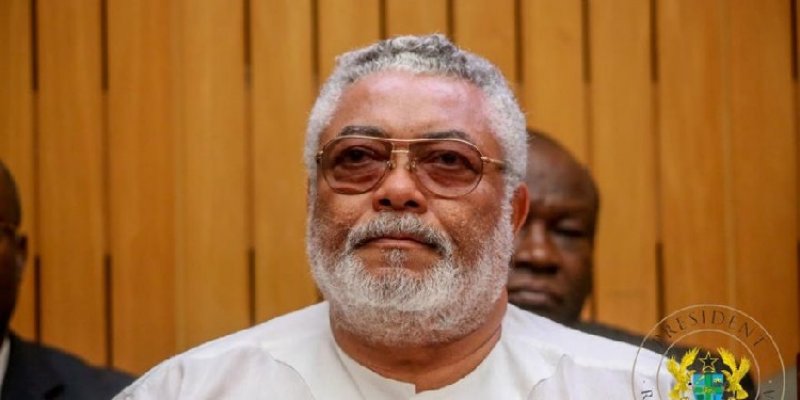 General Douglas MacArthur of the U.S. Army said before the joint session of Congress in April 1951: “Old soldiers never die, they just fade away.

This is not only true with soldiers but also true with certain personalities. These persons make their entrance on planet earth as actors on a stage, play their parts, affect many lives and make their exit. They never die, they just fade away. They are never forgotten – it is as if they are still among the living.

Jerry John Rawlings is definitely one of such people. Sometimes one wonders how he managed to stay in power for more than 20 years- How he was able to stage a coup on December 31, 1981, when he was under surveillance for 24 hours a day.

He had his unique style – just like every gifted leader. Rawlings’ style flowed naturally, it was innate, nothing pretentious and he was very much at ease with the ordinary person.

A former Ghana News Agency driver once told me that he, the driver, had an argument with someone close to the Accra Community Centre, became furious and wanted to fight the guy who had torn his shirt.

A man he did not know, then, tapped his shoulder, pleaded with him not to fight and promised to send him a new shirt the next day. The man told “Boogie”, that was how we called the GNA driver, to meet him the next day at the same spot and same time for the shirt. This man kept to his word and sent him a new shirt.

It was only when Rawlings was arrested for a coup attempt on 15 May, 1979, that “Boogie” got to know the name of that Good Samaritan as Jerry John Rawlings.

It was that empathy Rawlings took to his leadership, showing it at both national and international levels.

There was this summit in Japan on a cold winter day and the then US President – George Bush (Snr) – was not wearing an overcoat. He shivered very badly from the weather and Rawlings was so moved and that he removed his overcoat and gave it to him.

When Bush left office, Rawlings visited him in his home in Houston, Texas, and Bush was very excited to see his old friend. He told Rawlings: “Mr President, you saved me that day in Japan,” drawing laughter and admiration from the officials and journalists present.

Rawlings made many trips to the Northern, Upper East and Upper West regions and saw their economic challenges in terms of jobs creation.

Seeing that those regions produced handmade products but found it difficult to market them, especially the “batakari”, he made the decision to draw national and international attention to the “Batakri” by wearing it to important state functions, including on his foreign engagements.

He wore it when he held talks with the then President Bill Clinton of the US at the White House and also when Clinton visited Ghana. The Batakari forever featured prominently in his wardrobe.

Consequently, he was undaunted when one church leader criticised him for roaming foreign countries in batakari looking for investors, instead of staying at home to mobilise local investment.

During his trips to the Northern, Upper East and Upper West regions, some chiefs gave him a lot of batakari some of which he gave to the GBC. He wanted television newsreaders to wear them when presenting the news, as a “batakari” marketing strategy.

We, the journalists, who accompanied him on those trips expected him to give us some of the smocks but he did not. We discussed it among ourselves but unfortunately, nobody had the courage to ask him.

Mr Rawlings had a striking habit of looking either at people’s feet or their shoes. Thus, when you entered his office, he would look at your feet, especially, if that was the first time you were entering there to cover an assignment.

His rich sense of humour was at play at all times to accentuate his enchanting charisma. He nicknamed one journalist “Mr Shoe” because the guy had big feet and probably wore a size 11 or 12 shoes. When he noticed that one wore shoes that were quite old he offered him a new pair. He also named one journalist “Palestinian” because of his complexion.

One day, a steward at the Castle informed that him he was going on retirement and wanted to say good bye.

Rawlings looked at him and asked: “Going where? You worked with a lot of Heads of State, I have come and you want to leave. You are not going anywhere!” That was it. The man had to be given a contract.

A friend who was working at the Volta River Authority (VRA) was at the Castle with some VRA officials for an event. She told me that she was returning from Akosombo the previous evening when their car had a flat tyre.

While fixing it, a vehicle stopped by them, and out came Rawlings and his body guards. He asked what was wrong and when they told him, he left one of his guards with them to assist.

I saw Rawlings weep twice – He came out of his living quarters at the Castle and collected a newspaper from his guards.

Splashed on the front page was a story on Mr Justice D.F. Annan, who served in several capacities in his administration, and that story was full of insults. He entered a small room and wept. He said he could be insulted but not a man of grace and integrity like Mr Justice Annan.

The second time was during the ethnic conflict in the then Northern Region in 1994. We got to a village close to Yendi where early morning worshipers in a Mosque had been massacred. Rawlings wept.

He had great confidence in journalists – had no doubt about their intellectual capabilities and acknowledged the power of the pen and made sure those around him respected journalists. He told us three forces ruled the world: Multinationals (big money), the security agencies and the media.

Sometimes while at public events, we would slip him a note, “Sir, the speech is good, read it.” And because he trusted the judgment of journalists, he would do just that and abandon the extempore speeches appreciated by many for their punchlines.

There was an assignment at his old school – St Joseph’s Catholic School at Adabraka and the time given to us was 1500 hours. The last journalist got there at 1430. We were, therefore, late for the event.

After the function, he called a State Protocol official and told him, “You gave the journalists the wrong time. I know my journalists, they are people of integrity, I have worked with them for years, they would never be late for an assignment.”

He was right! We were given the wrong time. The assignment duly started at 1400 hours.

Later, the State Protocol official said to me: “The President was angry with you guys for being late and I had to cool him.” He didn’t know that I knew what had happened. He had given us the wrong time.

There was a colleague who liked to travel outside the country with his “shito”. We were in Jamaica one time and Rawlings got to know the guy had “shito”. He called us and said: “You guys have “shito” and you are hiding it, bring it! ” We obliged and gladly gave him some.

On another occasion, when we were moving out of his office after an assignment, he looked at me and said: “Divine, you are growing grey hair”. I responded: “Yes Sir!” He did not mention that age was catching up on him too, for a lot of gray were growing in his hair and beard.

Maybe, he thought he would never grow old, or did not know that he was growing old because he engaged in sports meant for younger people. So one time, he sky dived but did not land well and injured his back.

When we visited him and were in a chat, I told him: “Sir, we are growing old.” He understood what I meant – that he was growing old. His response was: “That is what people are telling me. People are saying I am growing old.”

Rawlings one day told a newspaper photographer, “Your pictures should smile!” Later, we laughed and gossiped about him, saying “if you do not smile, how can your pictures smile?”.

There was a receptionist at the Castle who was his friend. He said her voice was powerful on the phone, so he liked chatting with her on the phone.

Indeed, leaders have both tough and soft sides. However, it is often difficult to see their soft sides unless you are up close to them. Sometimes, those who work around them build barriers to make it difficult for their soft sides to be experienced.

Leaders want to get in touch with their old friends, they want their old school mates to visit them to reminiscent old times and just be human, but this blocked by officialdom and bureaucracy.

A colleague at the GNA told me that he and Rawlings were classmates at the St Joseph’s Catholic School but he (Rawlings) might not make him out. In view of this, I took him along to an event at the Castle.

Though he was reluctant to utilise the opportunity, I pushed him to Rawlings and when he mentioned their old school he (Rawlings) remembered him.

Rawlings shook my colleague’s hand and even remembered their sitting positions in class. He mentioned the names of some of their classmates and told him that he wanted to see them as well.

He then called an official of the State Protocol Department, introduced my colleague to him, and asked him to work it out through the official. But the official didn’t do his part.

As we begin the farewell ceremonies for your journey on the other side of the horizon, J.J. Rawlings, those of us who were privileged enough to experience your tenderness amid your toughness, will be eternally blessed by the memory of how your humanity touched the many lives around you.

You performed your duty as God gave you the light and the grace to execute that duty. Precious Lord, do hold his hand and lead him home safely and peacefully. Adieu, our Old man.