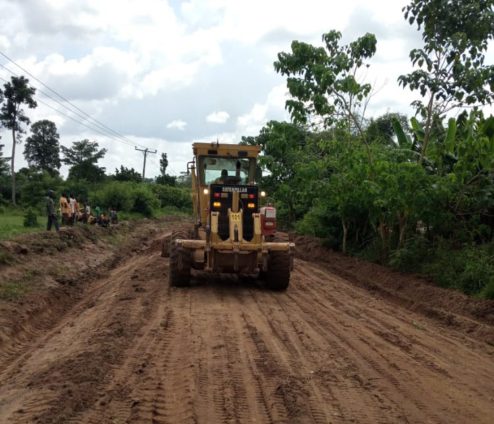 Chairman of Parliament’s Roads and Transport Committee, Kennedy Osei Nyarko, has backed President Akufo-Addo in his claim of constructing 10,875 kilometers of new road in five years.

Speaking on Top Story on Thursday, Mr Osei Nyarko said that President Akufo-Addo did not lie during his address.

According to him, any existing road being worked on under Akufo-Addo’s administration is a new road therefore the stated kilometres of road still stands.

“What are new roads? Already we have 78,402 kms that is what is there, so any activity that you do on any of these kilometres or networks are new things. A new road is a virgin road that has been bulldozed and constructed for the first time. So any work that they do, whether reconstruction, re-grading, partial reconstruction, asphalt overlays are all part of the new works that we’ve done,” he said.

President Akufo-Addo has stated that his government has chalked the greatest achievement in the road sector in the history of the country.

The President, while delivering the 2022 State of the Nation Address on Wednesday, said his government has constructed some 10,875 kilometres of new road within the five years he has been in office.

“In the five years of my government, so far, more roads have been built, improved and upgraded than at any other equivalent period under any government in the history of Ghana.

“Some 10,875 kilometres of new roads have been constructed in these five years.

President Akufo-Addo’s announcement on roads construction done so far under his watch has elicited reactions from sections of the public.

Ranking Member on the Transport Committee of Parliament accused President Akufo-Addo of cooking up figures in his speech on roads.

Speaking on Top Story on Wednesday, Governs Kwame Agbodza said the data on roads do not exist.

According to him, data from the Road Ministry during a press briefing in 2021 indicated that there had been 68.5 kms of new road constructed and 1,463 kms of asphalt overlays.

“I concede that, that figure of 1,463 today between the day the press briefing was done and today, would have been more. I can even give them even 1,600 kms, even 2,000 kms which is actually over estimation… so how on earth does the President stand in front of Parliament, the people’s representatives and conjure a figure of 10,000kms, it has not happened,” he added.

In response, Mr. Osei Nyarko indicated that, “some of these roads issues are very technical so when people don’t understand and they are talking about construction. What is construction?”

Meanwhile, the Road Ministry in a press statement on Thursday highlighted a number of roads that have been constructed by the government to affirm the President’s statement.

DISCLAIMER: The Views, Comments, Opinions, Contributions and Statements made by Readers and Contributors on this platform do not necessarily represent the views or policy of Multimedia Group Limited.
Tags:
Akufo-Addo
Kennedy Osei Nyarko
Roads