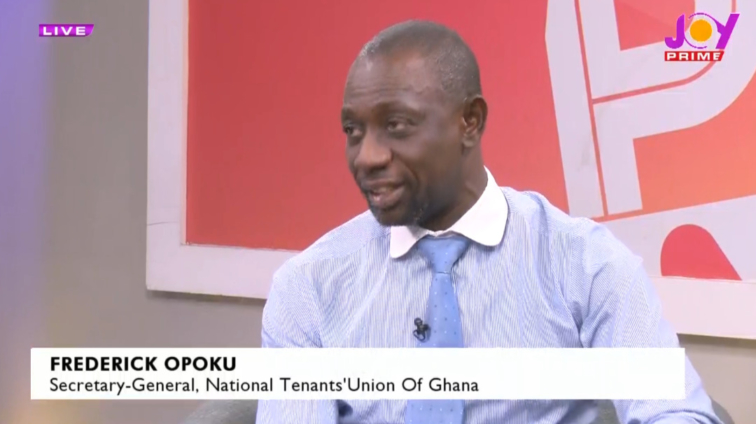 The Secretary-General of the National Tenants Union Ghana (NTUG), Fredrick Opoku has said that the Rent Control Department (RCD) of Ghana is an inefficient department in controlling rent charges in the country.

In a discussion with KMJ on Prime Morning, he explained that the department has failed to effectively roll out rent control schemes for landlords. This, according to NTUG, has rendered the RCD toothless.

“The rent control law, 1963 (ACT 220) actually mandates rent control to be up and doing. Sometimes I don’t want to blame them because they’re not resourced…the Rent Control is a toothless bulldog,” he said.

“I used the word, toothless because they think they have the teeth but they have been relegated to do something that is very shallow and it is making tenants in this country suffer in the hands of landlords,” he said.

Section 5 of the Rent Control ACT permits the Rent Control Department to assess the recoverable rent of any premises on an application made by any landlord, tenant or person interested in the premises, after such enquiry as he may think fit.

Speaking on the show, Mr. Opoku stated that the Department has allowed landlords to overpower them by rolling out rent charges without their consent, thus making rent in the country expensive.

“Landlords don’t have any right whatsoever to sit down and charge anything that they want to charge. It is also illegal, you cannot take rent advance exceeding 6 months. Section (25) subsection (5) stipulates it clearly and Rent Control is supposed to do something about it,” he stated.

In addition, Mr. Opoku stated that “the Rent Control Department is not able to crack the whip and these landlords are taking advantage.”

Mr. Opoku demanded the cancellation of the Rent Assistance Control Scheme as he believes the scheme wouldn’t be put into effect.

He stated that the Department is focused on solving disputes instead.

As the Secretary-General of the NTUG, Mr. Opoku requested the RCD to partner the tenants union to assist in promoting its activities.