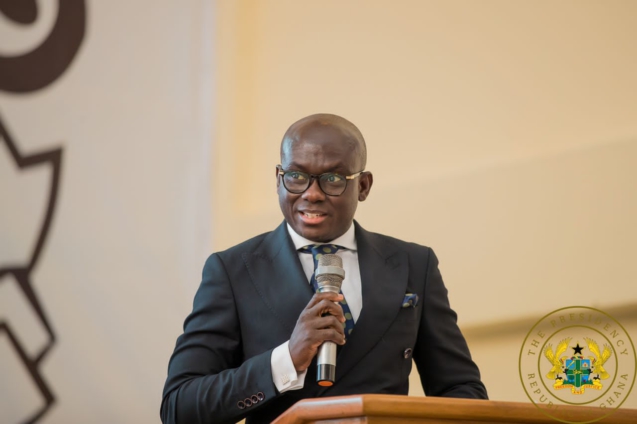 Attorney General Godfred Yeboah Dame has called on the legal fraternity to disregard what he describes as attempts by some characters to discredit the performance of the Electoral Commission.

According to him, the outcome of the last elections demonstrates the sound knowledge of the electoral process by the EC.

For this reason, there is the need for legal practitioners to “resist the misguided and parochial efforts of certain characters to undermine our democracy through unwarranted attacks of the Electoral Commission.”

He was addressing the ongoing Ghana Bar Association annual conference in the Volta regional capital, Ho.

Speaking at the event, he called on the bar to support the election management body to help safeguard the integrity of the country’s governance process.

“Even though proven to be untrue at the trial, I consider it fitting as leader of the bar to call on lawyers to support the Electoral Commission as presently constituted to persist in its quest to deliver for the nation a free fair and credible election capable of measuring up to the test of international standards at all times,” he said on Monday, September 12.

Meanwhile, the Attorney-General has responded to former President John Mahama’s recent critique of the Judiciary.

He described Mr Mahama’s attitude as deplorable and unbecoming of a former Head of State.

“My dismay is founded more on the fact that I am a lawyer and every lawyer ought to be concerned about these kinds of views expressed by a political leader in this country,” he said.

The Former President speaking at a gathering at the NDC’s Lawyers’ Conference on Sunday, August 28, said it will take a new Chief Justice to repair the ‘broken image’ of the Judiciary.

DISCLAIMER: The Views, Comments, Opinions, Contributions and Statements made by Readers and Contributors on this platform do not necessarily represent the views or policy of Multimedia Group Limited.
Tags:
Electoral Commission
Godfred Dame
Lawyers