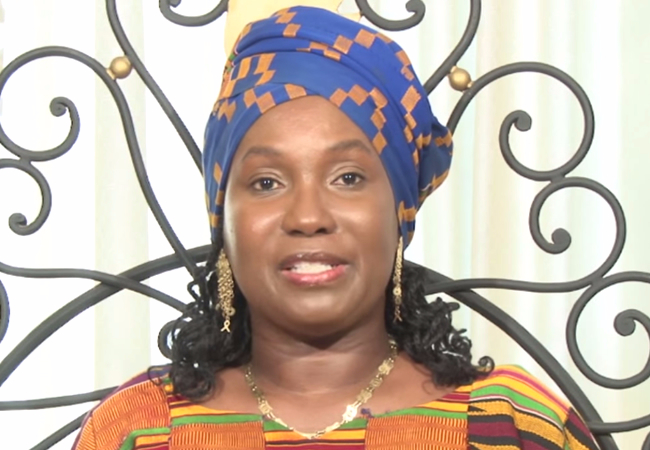 The Chief Executive of the ‘Return of the Royals’ says the initiative is committed to helping the country to achieve its Ghana Beyond Aid agenda.

Rev. Dr Princess Asie Kabuki Ocansey said, “We need to give our people a sense of standing on their own. The Return of the Royals focuses more on the economic agenda according to genesis 14:15 we are focusing on making sure we are economically free as a people.”

“It is good for people to come back to their roots and enjoy themselves but we are focusing on the economical aspect too,” she told Lexis Bill, host of Joy FM’s Drivetime programme.

President Nana Akufo-Addo officially proclaimed 2019 as the Year of Return for all Diasporan descendants of Africans who were captured and transported into the Americas as slaves in the 17th and 18th centuries.

2019 marks the 400th anniversary of the arrival of the first enslaved Africans to English North America in 1619.

The Return of the Royals was introduced by Princess Ocansey and the late Nene Katey Ocansey aka Isaac Hayes who was enstooled as Chief for Development in Ada in December 1992.

The mission of the centre is to build bridges between African Americans and Ghanaians for their joint holistic development and transformation to their highest self, community and nation.

Princess Ocansey stressed that the initiative is also dedicated to restoring some lost qualities which included “our name, our economic power and our heritage.”

She revealed that the initiative has received massive help from the Office of the President Diaspora Affairs, Ghana Tourism Authority, Gender Ministry, Chamber of Commerce in Cape Coast which she said had started projects which saw Reverend Michael Roberts one of the six billionaires in America visit the country.

Princess Ocansey explained further that although government did not help financially, it helped in facilitating a lot of things for them even though they need financing a lot.

She also lauded some sponsors for their support including Movenpick in Accra.

Regarding the persons they have invited to visit Ghana she said “we are in a century of action so we go in for movers and shakers so we focused on the millionaires and billionaires who know more about business and can be able to make an impact here. So we brought in people who are real estate developers, hotels and other businesses.”

DISCLAIMER: The Views, Comments, Opinions, Contributions and Statements made by Readers and Contributors on this platform do not necessarily represent the views or policy of Multimedia Group Limited.
Tags:
Ghana Beyond Aid