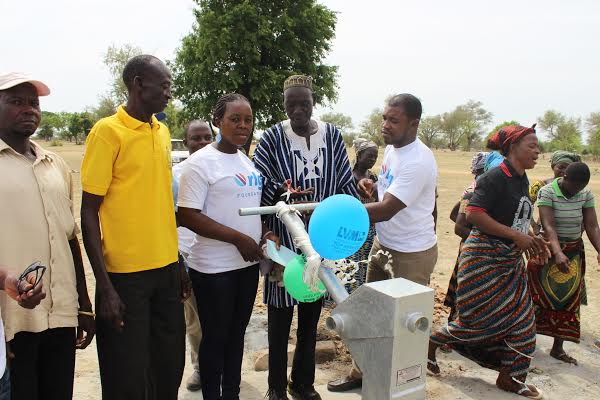 The Rlg Foundation has donated a mechanised borehole worth GHC 10,000 to the authorities at the St. Alexis Primary School at Sirigu in the Upper East Region.

The new borehole replaces an older one which is said to suffer frequent breakdowns, compelling pupils of the school to walk for long distances in search of water, a situation said to be impacting negatively on academic work.

Speaking at a handing-over ceremony, the Headmistress of the School, Madam Gifty Christo said previous appeals to a number of institutions including the District Assembly for a new borehole failed to yield result, making the Rlg Foundation gesture a huge relief for both pupils, school authorities and parents.

She lamented overcrowding in classrooms and appealed for more support to improve education delivery in the area.

The school has a total population of 1,236 pupils which she described as worrying for teachers.

The Regent of Sirigu, Anyoka Akwara who commissioned the facility commended the Rlg Foundation for the gesture which he described as timely.

“Water is life and for you to give water to these pupils and the entire community, it means you have given us life, and that we appreciate very much”, the elated chief said through an interpreter.

The Manager of RlgFoundation, Mr Malcolm Frazier said as a people-centred company, Rlg through the Foundation will continue to help improve lives and living conditions in deprived communities nationwide.

He said the education, health, water and sanitation will continue to occupy the priority areas of the Foundation even as it considers a broadened scope of engagement.

He expressed the hope the water facility would be put to good use.