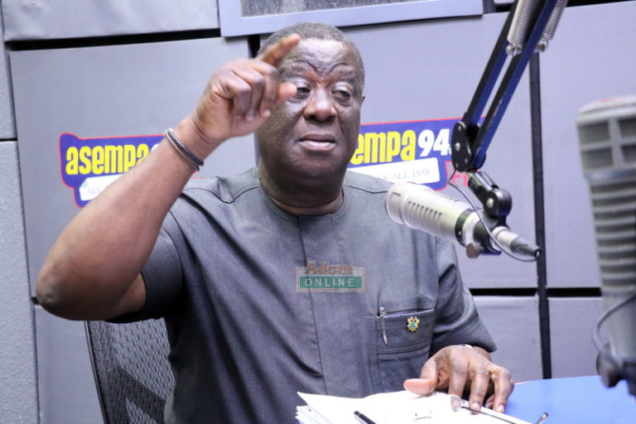 The Minister of Roads and Highways, Kwasi Amoako Atta, has said that the law that allows the charging of road toll still exists despite the government’s decision to cease its collection in November 2021.

The Minister in an interview with JoyNews said the toll has not been abolished, thus government can still charge the levy.

“Tolls have not been canceled or abolished. The law is still there,” he said.

Last year, government announced in the 2022 budget presented to Parliament that the collection of road toll will cease upon approval of the financial statement.

The Finance Minister, Mr. Ken Ofori-Atta explained that the decision was taken due to the congestion created at the toll booths.

Subsequently, Mr. Amoako Atta issued a press release to order the immediate cessation of collection of the toll.

This directive incurred the wrath of many Ghanaians including the speaker of Parliament, Alban Bagbin. Other members of Parliament and political analysts recommended that Mr. Ofori-Atta be surcharged with all the monies lost to the state as a result of his directive.

A year on, the government has reintroduced the collection of road toll as one of the revenue measures contained in the 2023 budget presented to Parliament by Mr. Ofori-Atta.

“The fiscal policy measures to underpin the 2023 Budget for consideration and approval by Parliament include the reintroduction of tolls on selected public roads and highways with a renewed focus on leveraging technology in the collection to address the inefficiencies characterized by the previous toll collection regime,” paragraph 462 of the 2023 Budget statement reads.

According to Mr. Kwesi Amoako-Atta, the collection of the toll from next year will be done electronically.

Meanwhile, he has cautioned motorists to brace themselves to pay higher road toll in 2023.

According to him, the amount paid previously as road toll was not enough to construct enough good roads.

Therefore, there will be an increment in the amount paid as road toll to obtain more funds to construct good roads in the country.

“We were paying the lowest toll in the whole world while we wanted excellent and good roads. If we want good roads then we must be prepared to pay more. We will no longer be paying the fifty pesewas and one cedi. Tolls are even more expensive abroad,” he said.

DISCLAIMER: The Views, Comments, Opinions, Contributions and Statements made by Readers and Contributors on this platform do not necessarily represent the views or policy of Multimedia Group Limited.
Tags:
Kwesi Amoako-Atta
Road tolls
Roads and Highways Minister