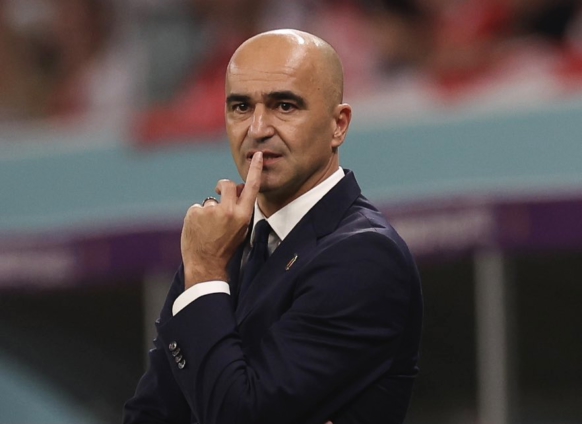 Roberto Martinez has confirmed stepping down as the head coach of Belgium following their 2022 World Cup group stage exit on Thursday.

The Red Devils were kicked out of the Mundial following a goalless draw against Croatia at Ahmad bin Ali Stadium when they needed a win.

The Spaniard announced his resignation after the game in his post-match interview.

“This was my last game as national coach. I said goodbye to the players and staff,” Martinez said.

The 2018 World Cup third-placed side started their campaign with a hard-fought 1-0 win over Canada before losing to Morocco and needed a win against the Russia 2018 finalists to progress, but spurned their chances.

“Today we were ourselves again. It is never easy to win a match at a World Cup. In that first match against Canada, we won, but we weren’t ourselves. We deservedly lost the second match against Morocco. We weren’t ready,” the 49-year-old added.

Belgium had 15 attempts at goal but still couldn’t find an opening against the Croats. Lukaku notably missed three big chances.

Martinez said they are leaving the global showpiece proud of what they have done when many tipped them as one of the favourites to lift the title.

“Today we created a lot of chances, so no, I have no regrets. We can leave the World Cup with our heads held high.”

Martinez took charge of Belgium in 2016, managing 80 games and winning 70% of them in his six-year spell, lifting no title with a group of players described as the country’s golden generation.

DISCLAIMER: The Views, Comments, Opinions, Contributions and Statements made by Readers and Contributors on this platform do not necessarily represent the views or policy of Multimedia Group Limited.
Tags:
2022 FIFA World Cup
Adamu Benin Abdul Karim
Belgium
Roberto Martinez