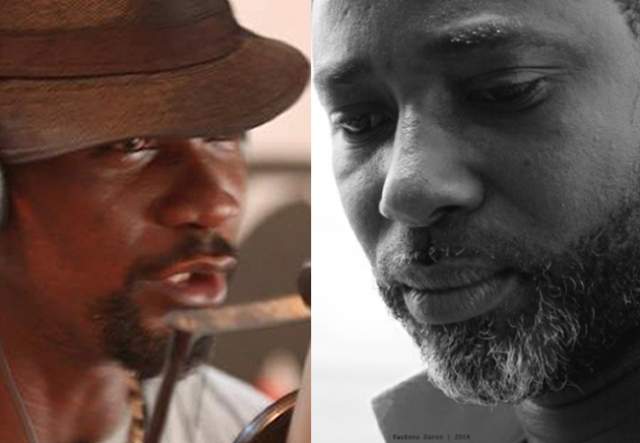 Host of TV3’s ‘Music Music’ show, Root Eye and Dancehall radio presenter, Mr. Logic have traded insults at each other on Hitz FM.

Their fight comes at the back of comments made by Mr. Logic after Root Eye was picked as the National Director for Reggae in the new administration of the Musicians Union of Ghana (MUSIGA).

Mr. Logic claims Root Eye is not the best person for the job and called him “Incompetent”.

“He doesn’t have the competency because he is not connected.”

According to Mr. Logic, there are so many individuals in the reggae fraternity who have worked tirelessly to make the reggae/dancehall industry vibrant.

“I think I know people who are competent enough but were not acknowledged. By influence and experience I will appoint Black Santino”.

It looks like this did not go down well with Root Eye, who also went ahead to make some wild allegations against Mr. Logic.

Speaking on Hitz FM, he said “The reason he [is saying] this is that he has a personal problem with me, possibly because on a number of occasions he called me to beg for money I could not give, this is a man who does not have integrity.”

He continued saying “The little boys that he claims he brought up, call all of them and ask them how many times he has had to take money from them and not paid back”.

Mr. Logic refuted the claims made by Root Eye. “I don’t have any personal problem with him, I am a man of my words and as long as I am concerned I have not borrowed from anyone.”

When asked what his job entails as National Director for Reggae, Root Eye said “I am yet to be told all of that. There is a meeting coming up before the end of this month but naturally I think that what is expected of me is to help move reggae music forward in Ghana. The idea is to give reggae music a facelift in Ghana.”