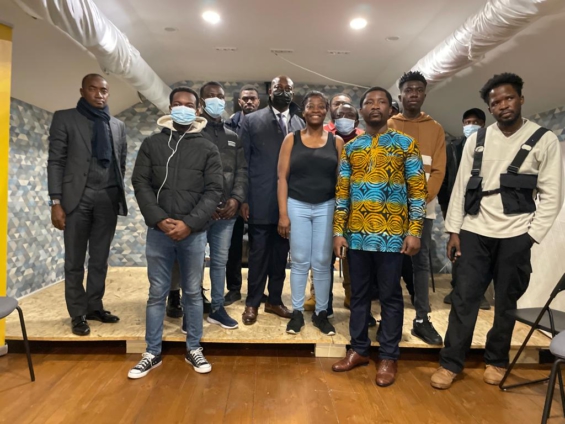 Deputy Foreign Affairs Minister, Thomas Mbomba, has paid a visit to Ghanaian students who escaped to Hungary amidst the conflict between Russia and Ukraine.

He engaged the over 10 Ghanaians to find out their needs to enable the government to provide them with needed support in the interim.

The Deputy Majority Leader, Frank Annoh-Dompreh, made the disclosure in a tweet on Friday, March 4.

According to him, the Akufo-Addo-led government must be commended for its swift response following the tension in the Russia-Ukraine region.

The Nsawam Adoagyiri MP noted that even when the “closure of Ukrainian airspace complicated matters”, the government was able to work efficiently to save its citizens.

Also on March 3, Ranking Member on the Foreign Affairs Committee in Parliament, Samuel Okudzeto Ablakwa, met with Ghanaian students who evacuated from Ukraine to Romania for refuge.

Mr Ablakwa assessed their current conditions when he hosted them for lunch at Bucharest.

According to him, this was imperative so as to help understand their situation and the steps government should take to assist them.

Meanwhile, the second batch of Ghanaian nationals who escaped from Ukraine to Poland for refuge including students, arrived in Accra today.

According to the Foreign Affairs Ministry, 24 compatriots arrived at the Kotoka International Airport (KIA) on Friday morning.