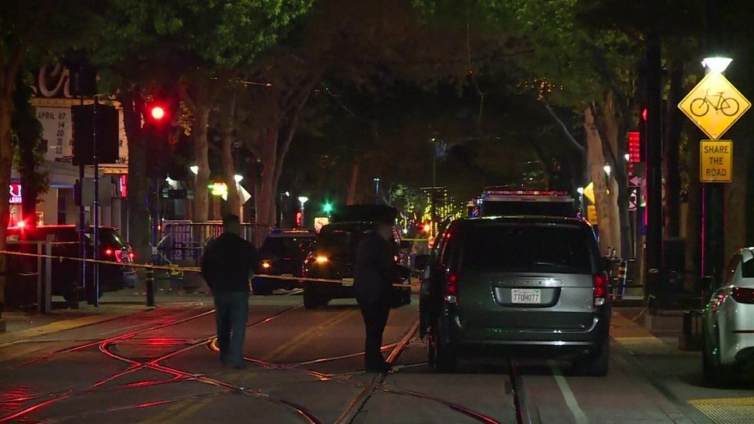 At least six people have been killed and 10 injured in a shooting in the centre of Sacramento, police in California’s state capital say.

People fled through the streets after rapid gunfire rang out in an area packed with restaurants and bars in the early hours of Sunday.

Police nearby responded to the gunfire and came across a “very large crowd”, police chief Katherine Lester said.

No suspect is yet in custody in the wake of the shootings.

“This is a really tragic situation,” Chief Lester said.

The officer said investigators had arrived at the scene and urged the public to come forward with any information that might help identify those responsible.

The shooting took place at around 02:00 (09:00 GMT) in an area at 10th Street and K that leads to the Golden One Center, where the Sacramento Kings play basketball.

It is also only a few streets from the state Capitol building.

Community activist Barry Accius arrived at the scene at about 02:30 after a city council member called him about the shooting, he told ABC affiliate station KXTV.

“It was just horrific,” he said. “Just as soon as I walked up you saw a chaotic scene, police all over the place, victims with blood all over their bodies, folks screaming, folks crying, people going, ‘Where is my brother?’ Mothers crying and trying to identify who their child was.”

DISCLAIMER: The Views, Comments, Opinions, Contributions and Statements made by Readers and Contributors on this platform do not necessarily represent the views or policy of Multimedia Group Limited.
Tags:
Sacramento shooting