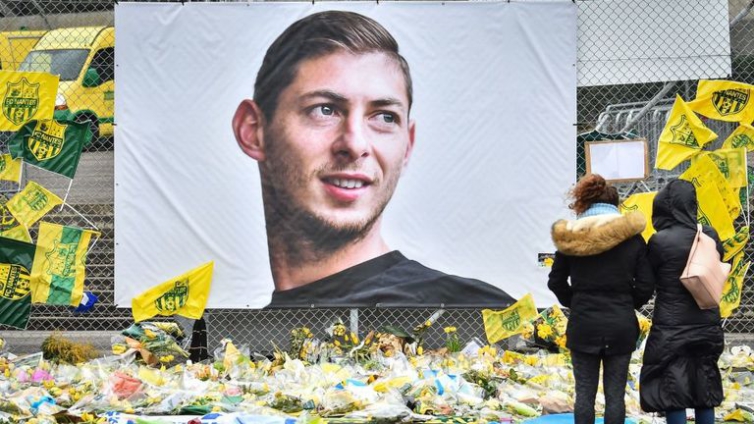 The pilot of the plane that crashed killing footballer Emiliano Sala was not licensed to fly the aircraft, a report has found.

Sala, 28, and pilot David Ibbotson died in the crash in the English Channel, two days after the striker signed for Cardiff City in January 2019.

The Air Accidents Investigation Branch published its findings on Friday.

It said Sala would have been “deeply unconscious” from carbon monoxide poisoning at the time.

Sala was travelling from Nantes, in France, to Cardiff on 21 January 2019, when the single-engine Piper Malibu N264DB aircraft in which he was travelling lost contact with air traffic control north of Guernsey.

Mr Ibbotson lost control of the plane while descending to avoid cloud and he was probably also affected by carbon monoxide, the Air Accidents Investigation Branch (AAIB) concluded.

The plane began to break up in mid-air as the pilot tried to regain control, investigators found.

His efforts to pull up from its final dive caused the tail fin and then the outer edges of both wings to shear off before it hit the sea near Guernsey at an estimated 270mph (434kph).

The AAIB report found Mr Ibbotson, 59, of Crowle in North Lincolnshire, was not qualified to fly at night and was inexperienced at using the plane’s instruments, rather than flying by sight.

His rating for that type of aircraft had expired in November 2018, invalidating his licence for flying that plane.

“Significant evidence” was found Mr Ibbotson had been expecting to be paid for the flight, despite not being licensed to carry passengers.

The investigation concluded that “neither the plane nor the pilot had the required licences or permissions to operate commercially”.

The plane’s autopilot had been diagnosed as having an intermittent fault and should have been labelled “inoperative”.

Sala was heading to his first training session with Cardiff City since signing for them in a £15m deal.

A voice message to close friends in Argentina, in which he says, “I’m in a plane that seems to be falling apart,” and ending, “I’m scared,” was sent while the plane was taxiing on the runway.

The plane took off from Nantes Atlantique Airport at 19:15 GMT on 21 January.

It disappeared from radar 22 nautical miles north of Guernsey around an hour later.

Sala’s body was found in the plane wreckage on the seabed in early February. A post-mortem examination found he died from head and trunk injuries.

DISCLAIMER: The Views, Comments, Opinions, Contributions and Statements made by Readers and Contributors on this platform do not necessarily represent the views or policy of Multimedia Group Limited.
Tags:
Emiliano Sala
Sala plane crash