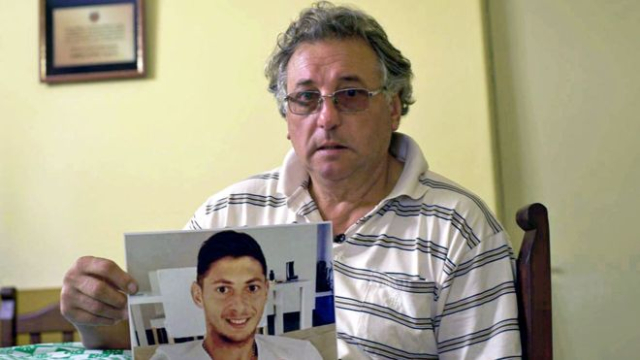 The father of Premier League footballer Emiliano Sala, who was killed in a plane crash earlier this year, has died three months after his son.

Horacio Sala, 58, suffered a heart attack on Friday, his friend and president of his local club confirmed.

Daniel Ribero, from San Martin de Progreso, told C5N TV channel that Mr Sala had passed away before doctors arrived at his home in Progreso.

The Argentine footballer was on his way to joining his new club Cardiff City from French club Nantes in a club record £15m deal when the crash happened over the English Channel.

Progreso mayor Julio Muller led the tributes to Mr Sala, telling La Red radio station: “Horacio could not overcome Emi, we thought that after the discovery he would be able to close that circle.”

In a statement, Cardiff City said the club offered its “deepest condolences” to Mr Sala’s friends and family.

“They are very much in the thoughts of us all at this difficult time,” a spokesman said.

The Piper Malibu N264DB plane carrying Sala and pilot David Ibbotson went missing over waters near the Channel Islands on 21 January and it took rescuers two weeks to find the wreckage.

The football star’s body was recovered on 8 February after a private rescue team took over the search for the missing plane.

The father-of-three, a long-distance lorry driver, spoke to the BBC two weeks ago and pleaded “that justice be done” for his son.

He told the BBC Wales Investigates programme he wanted to “continue investigating all the things that we have to know and that we can know.”

“That is all I can ask,” added Mr Sala, who had split-up from his son’s mother Mercedes.

Air accident investigators are still looking into why the Piper Malibu plane carrying Sala to Cardiff for his first training session crashed.

The light aircraft was piloted by Mr Ibbotson, from Crowle, North Lincolnshire, whose body has not been found.

The legality of Sala’s flight has not yet been established, but a preliminary report from air accident investigators in February said the pilot was not licensed to carry fee-paying passengers and the plane was not registered for commercial flights.

In the three months since the crash, BACA said it had received reports of illegal flights happening in the UK at a rate of almost one per day.

Sala started his career at his hometown club San Martín de Progreso – in Argentina’s Santa Fe region, about 350 miles (563km) from the capital Buenos Aires – and his father retained close links with the club.

A wake was held at the club before his funeral in Progreso in February.

The club confirmed Mr Sala’s death and president Mr Ribero added: “At dawn he felt a pain in his chest, they called the doctor but when he arrived, Horacio had already passed away.”

DISCLAIMER: The Views, Comments, Opinions, Contributions and Statements made by Readers and Contributors on this platform do not necessarily represent the views or policy of Multimedia Group Limited.
Tags:
Emiliano Sala
Horacio Sala