Emiliano Sala: A year after plane crash, his family speak of ‘pain that will never go away’ 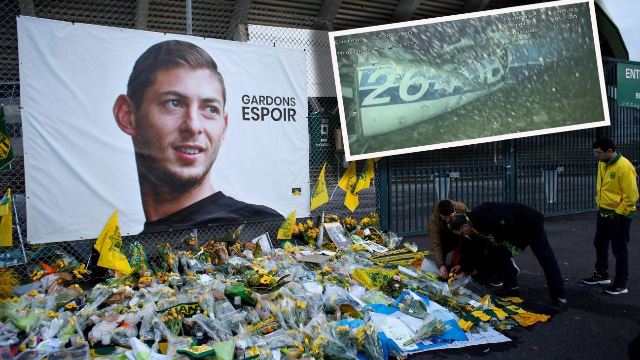 On a typical Saturday afternoon in Progreso, the streets seem completely deserted. As the summer sun blazes outside, most of its 2,000 inhabitants are sheltering indoors.

The only human presence is at San Martin football club, where a family is celebrating a baptism. It is the same place where the town mourned its most illustrious son, Emiliano Sala.

Located in Argentina’s agricultural heart, six hours’ drive from Buenos Aires, Progreso sadly became better known in the tragic story of Cardiff’s record signing, who died in a plane crash in January 2019. When his casket arrived back home, those empty streets held more people than they had ever seen before.

A year later, the pain is still palpable. BBC Sport visited between Christmas Day and New Year’s Eve, a time of reflection for most of the town. Here, Sala was not only a football star. He was El Emi, the kid everybody knew. He was a friend, a neighbour, a former pupil, a former team-mate.

For his mother, Mercedes, and his 24-year-old brother, Dario, it is not easy to speak about what happened.

When Dario opens the door of their home, Mercedes is sitting in the dining room. “Thanks for coming, it means a lot to pay homage to my son,” she says as she instantly offers a glass of water.

A smiling picture of Emiliano, Dario and sister Romina lights up the room. Sala’s father Horacio also died last year. He suffered a heart attack at the age of 58 in April, three months after his son’s death. He and Mercedes did not live together.

“When Emi was 15, he sat in the kitchen at our old house and told me: ‘Mummy, I want to be a football player’. He wanted that so much, and to pursue that dream he had to move to San Francisco, in Cordoba province,” says Mercedes.

“He was just a boy, and it was so difficult to see him leave, but he was so resolute, so convinced that he would make it. It was his dream, and he did make it. He loved football. And now he was so excited to play in the Premier League.” 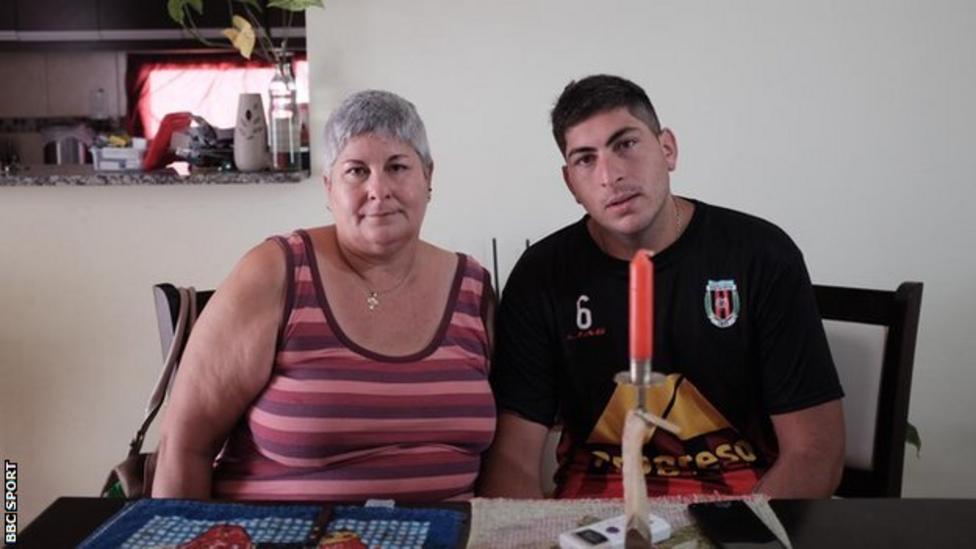 Sala, who was 28 when he died, was on his way to join Cardiff City, following a £15m transfer from French side Nantes, when the plane he was travelling in crashed. He had signed for the Welsh club two days before. Cardiff and Nantes have since been in dispute over transfer payments. Sala’s body was recovered from the wreckage in the English Channel, but pilot David Ibbotson has still not been found.

The Nantes supporters loved Sala, who moved there in 2015. Some have come to visit Progreso since his death. Even his hairdresser travelled across the Atlantic Ocean to see where he lived and meet his family.

Mercedes’ living room is now home to many of the gifts her son received during his three and a half seasons at Nantes. Collecting and sorting his belongings was another of the very painful experiences the family had to endure last year.

“Every year I’d go to France in October for his birthday, and I’d stay with him for a month,” says Mercedes. “The first week was always a celebration of the food he loved. In my luggage, I would pack the ready-made pastry circles to make empanadas, and also breadcrumbs for Milanesas, because the ones in France were different.

“‘Mummy, please make all the dishes I love,’ he would tell me. I’d also make homemade pasta. But after this one week he’d quickly switch back to his football diet, with lots of fish, because he was so focused on being fit. He was a hard worker. On top of training for the club, he also had a personal trainer and set up a gym in his house.”

After home matches, supporters would gather, waiting for his car to go past on the way out of the stadium.

“He was shy, but he would always stop, open the windows and start signing autographs and taking selfies,” Mercedes says.

“All those fans, today, are the ones that I want to thank, because they are still sending me pictures I had never seen before.

“I receive so much stuff from France, from England, from the rest of Argentina.”

Dario says: “It was beautiful to see how much the people loved him. I remember when he was in talks to renew his contract and people would just ask him to stay.” 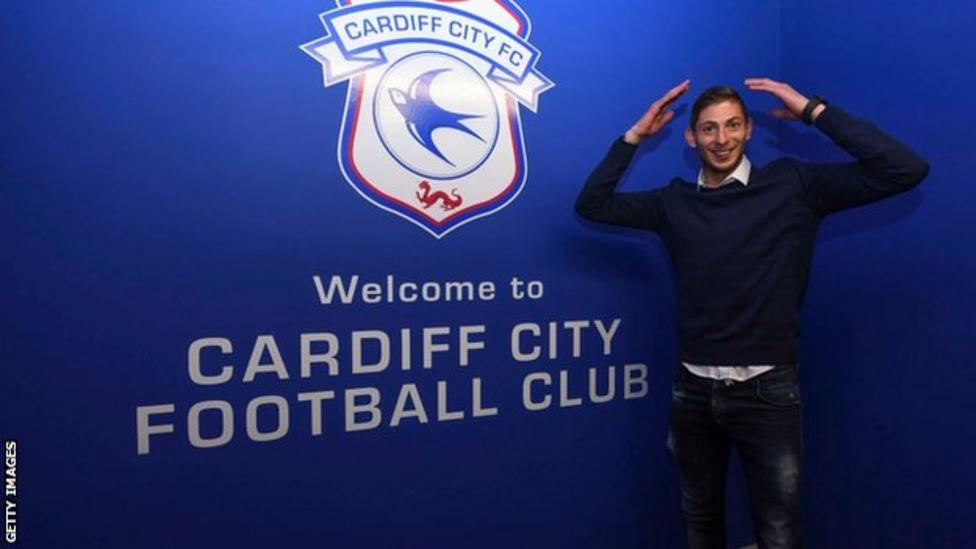 Sala was looking forward to his move to the Premier League and he dreamed of getting a call-up to represent Argentina.

In November 2017, he was Argentina’s most prolific striker behind Lionel Messi. His brother Dario, and many people from Progreso, still cherish the image captured from TV: Messi had scored a goal every 95 minutes; Sala every 98.

A photo depicting France and Paris St-Germain striker Kylian Mbappe, the man who ended Argentina’s chances at World Cup 2018, going to hug him is still treasured. Sala was so shy he would hardly ask for a jersey swap.

“We’d talk a lot about the national team, as two fans do,” says Dario. “He knew it was very difficult to be part of the squad, with the calibre of the strikers that we have. But I’m sure he never lost hope, not my brother. He wanted to be a footballer and he’d achieved it. He wanted to play in the top flight and he made it. He wanted to go to the Premier League and he’d just achieved it.

“Playing for Argentina was the natural desire. We would imagine him scoring after getting a pass from Messi, for instance. Who wouldn’t?”

Growing up, Sala admired Gabriel Batistuta and Carlos Tevez. He was a fan of Independiente, because of his friend Colito’s influence.

Dario says: “I’m five years younger than him, so growing up I would always end up going in goal and he’d get all the shots.

“We didn’t have many of the things that other kids might have had, but thanks to my mum we never had a meal missing from our table. That’s where we come from. From sacrifice. And we are all very alike. Emi was the oldest of the three and he was shy.”

Mercedes says: “It’s still so fresh. I can still see them playing outside. I would have to call them in to have dinner or take a shower. There were no toys for them, just football.

“He didn’t see himself as famous or anything, that’s why when he came back to the town. He was just an ordinary citizen… and what a son he was.”

“Do you know that we would talk two, sometimes three times a day? Every day? That was my son. He would tell me everything – the food he’d eaten, the things he’d done. Sometimes he’d complain about his performance, and perhaps he had scored a goal or made one, but he was always trying to progress.”

Dario adds: “We had a WhatsApp group, the four of us: mum, Emi, Romina and me. He’d speak to mum and if he couldn’t call me, he’d write at night saying that it was late in France and we’d speak the next afternoon. There was distance, but it was like we were all together. He’d ask me a lot about football, about the team, about his performances. It was a joy to be able to watch him live on TV, too. It wasn’t the case with some of the first clubs he played for.”

One year after leaving home for Cordoba, Sala made his first trip to Europe to have a trial with Bordeaux. He signed for them in 2010, a move made easier by him gaining Italian citizenship. Before his transfer to Nantes came in 2015, he had been loaned out to some smaller French sides: Orleans, Niort and Caen.

“He was completely focused on getting better,” Mercedes says. “He learned French, had become extremely fluent, and now he’d surely have been taking English courses.” 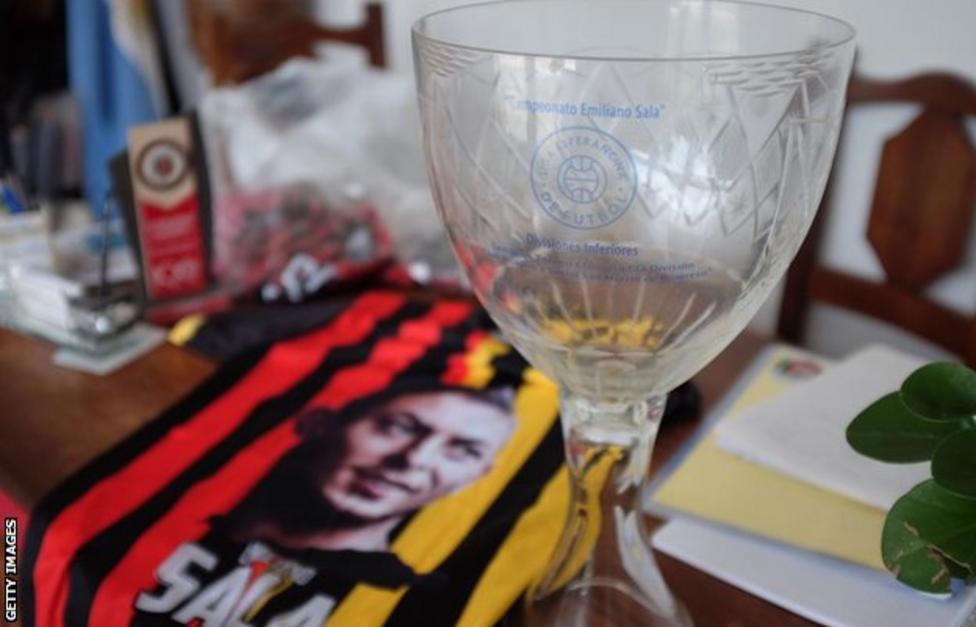 On the date of Sala’s birthday last year, a giant mural was unveiled at San Martin, where it all began. The club’s small stadium – which holds about 2,000 people – was also named after him.

“It’s a very nice mural, very realistic, and very touching, too,” Dario says. “I go often to the club and I take a moment to pass it.”

San Martin also play with Sala’s image on their black-and-red jerseys, while the regional league they compete in was renamed the Liga Emiliano Sala. For Mercedes, each homage and every gesture acts like a valve releasing something of the pain of losing her first son.

“As a mother, seeing all this love, all these messages, feeling the comfort of so many people, it is touching. But what can I say? I just want to have him here with me.”

Two days before Sala’s plane crashed, Progreso had celebrated its traditional Fiesta del Queso – a cheese festival showcasing producers from the local area. The main square, Los Colonizadores, was filled with joy. Through the speakers it was announced that El Emi would move to the Premier League, becoming Cardiff’s record signing. It felt as the town itself had earned that distinction.

That same square would soon be overcrowded with TV vans, cameras, journalists from all over the world. After they left, the candles and prayers remained.

“I am practically dead while living. It’s been a terrible, terrible year. I loved him so much. I would tell him every day,” she says in tears. 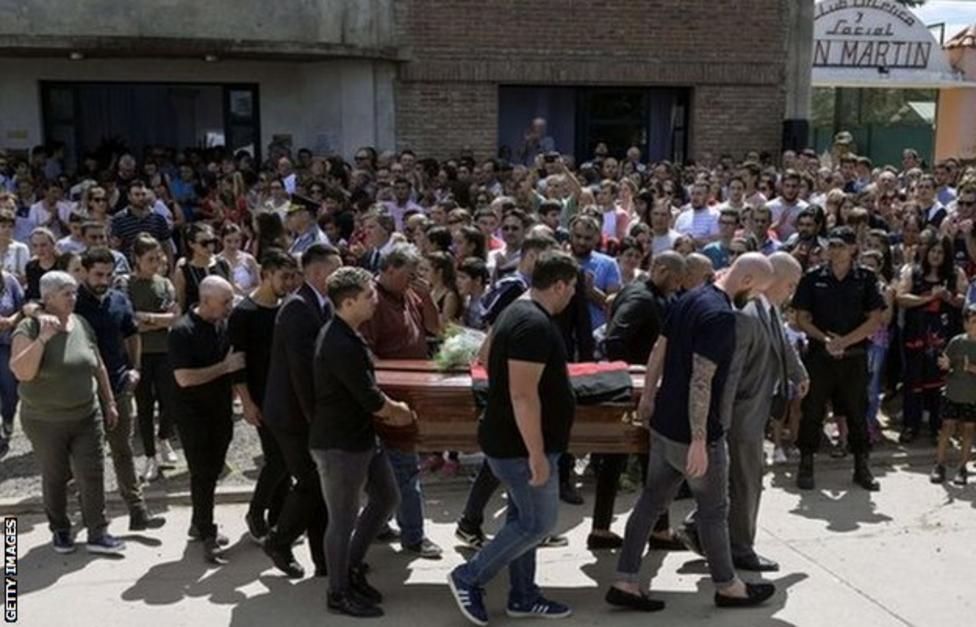 Sala’s funeral in Progreso was held at the football club, San Martin. His father Horacio is pictured here, next to his son’s coffin, with his hand to his face. Mercedes is to the far left of the image

Outside, three dogs are barking in the back yard. One of them is Nala, the five-year-old dog Sala had rescued as a puppy in France. She became famous for a picture in which she was seen waiting for her owner to come home.

“She knew us from all the times we’d been in France, but when she came here, she found all the stuff from Emi, and I’m convinced that she also recognised his smell,” Mercedes says. “We decided to take her to the wake, so she could also be with him.”

The family had a private wake before going to San Martin’s main hall for the public funeral in February last year. “There was a whole town wanting to say goodbye,” Mercedes says. “We understood it was the right thing to do.

“Since that call at six in the morning…” she sighs deeply. “It seems as if it was yesterday, and it’s already been one year. The pain is intact and it will never go away.”

DISCLAIMER: The Views, Comments, Opinions, Contributions and Statements made by Readers and Contributors on this platform do not necessarily represent the views or policy of Multimedia Group Limited.
Tags:
Emiliano Sala