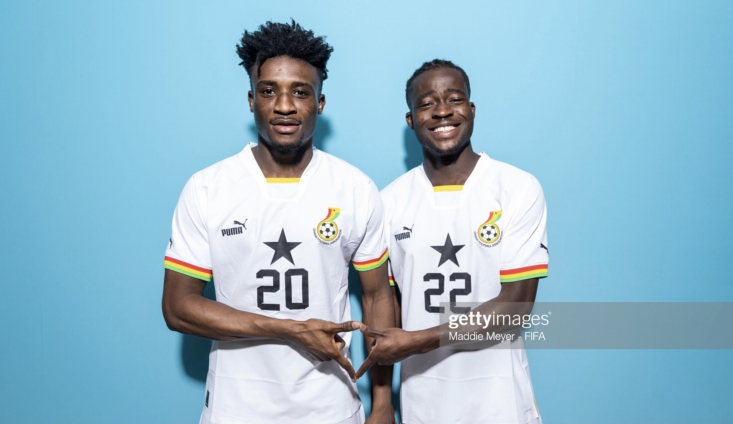 Ghana midfielder, Salis Abdul Samed, is convinced Mohammed Kudus and Kamaldeen Sulemana have the potential to lead the Black Stars’ resurgence after the World Cup heartbreak.

The 22-year-old RC Lens player is among Ghana’s best performers at the Qatar tournament as the Black Stars were kicked out at the group stage.

Conversations are already ongoing regarding where the future of the four-time African champions lies. Abdul Samed believes Kudus and Kamaldeen, former Nordsjaelland teammates, will be key for Ghana in any future success.

“The guys that will take us to the next level? Kudus, I think he will be a big star to me. His qualities are different from all of us,” Abdul Samed told 3 Sports.

“I think Kamaldeen Sulemana if he gets more chance to play, he’s a top player because I’ve already played against him in Ligue 1 so many times last season.

“I think that guy is very, very good and he’ll be a big star. To me, if he works and gets more time to play, less injuries, he’ll be a top player.”

Kudus Mohammed was Ghana’s best player at the Mundial, while Kamaldeen Sulemana was restricted to two substitute appearances in the games against South Korea and Uruguay after recovering from an injury just before the tournament started.