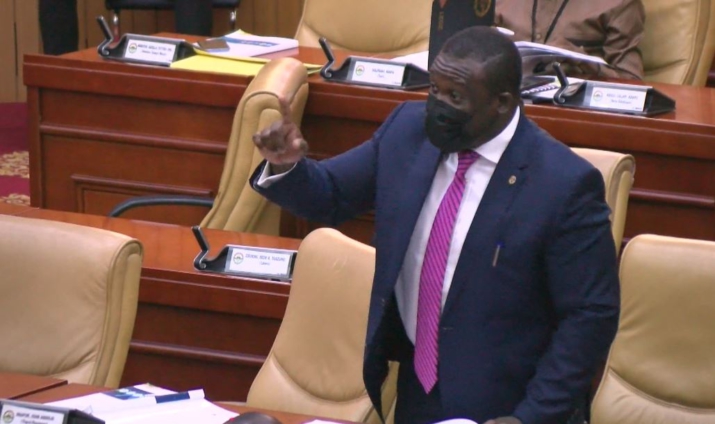 The Member of Parliament for Ningo-Prampram, Sam Nartey Geroge has raised objections to the formation of a joint committee by Parliament to investigate electoral-related violence that has ensued in the country.

While some six NDC MPs want the House to look into some violence and deaths recorded in the 2020 general elections, four NPP MPs are requesting the investigations to cover electoral violence since 1993 as well as ethnic, gender, regional, and other sectional backgrounds of persons recruited into the security forces since 1993.

“I will be shocked if the Speaker would want to consolidate the motions. They are two independent motions, so we can have two different Committees. We will oppose any attempt by anybody in the House to make it a joint investigation. No, they are two different motions.

“The Speaker can admit any motion…What we will not agree to is a joint investigation. There are two different motions, two different Committees must be set up,” he stated.

According to him, the NDC seeks answers to “the killing and murder of seven Ghanaian citizens [allegedly] by members of the Ghana Armed Forces during the conduct of the 7, 8 and 9th of December 2020.”

The Ningo-Prampram MP was insistent that the motion filed by the Minority group led by Haruna Iddrisu must be investigated independently.

“We need to have these investigations, so like I said, the Majority side – Annoh Dompreh and Afenyo-Markin – can take this back even to Sir Guggisberg’s time. We don’t care,” he added.

He is also of the view that the two new motions filed by the four Majority MPs, Alexander Afenyo-Markin, Frank Annoh-Dompreh, Samuel Atta-Akyea and Osei Bonsu Amoah, form part of a deliberate tactic to delay investigations and render it a “stupid case”.

“This is an attempt to filibuster…This is a filibustering attempt by the Majority to just filibuster the process and make it a stupid case.

“We will give them their 1993 investigations and I’m saying that we can even send it back to 1957 or Sir Guggisberg’s time for them. But that is independent and different from the motion that was filed by Haruna Iddrisu, Muntaka Mubarak, Okudzeto Ablakwa and Suhuyin on the 7, 8 and 9th of December 2020,” he added.

Mr Sam Nartey George also revealed that not only will he file for the amendment of the motion by members of the Majority group but would also suggest it be dated to Ghana’s independence.

“[For] our motion, a Committee should be set up to investigate and their filibustering motion, they want to rewrite history and I am saying when they finally move this motion, I will rise and file an amendment to the motion that this motion [Majority MPs] should be extended not to 1993 but 1957.

Reacting to reports that the Police is presently investigating electoral violence that took place in the just-ended elections, Sam George said the police cannot investigate an act it has been accused of committing.

He further explained that the actions of the police and the military over the past few months have not engendered the trust of the Minority.

“…In Ablekuma Central, a young man was killed. In Techiman, Ghanaians were killed. Their MPs owe it to families of the deceased to demand and get an investigation by the people, for the people and with the people. That is what democracy is about,” he added.

DISCLAIMER: The Views, Comments, Opinions, Contributions and Statements made by Readers and Contributors on this platform do not necessarily represent the views or policy of Multimedia Group Limited.
Tags:
Electoral violence
Majority and Minority in Parliament
MP for Ningo-Prampram
Sam Nartey George